Scouts Improve Their Community While Striving To Inspire Others 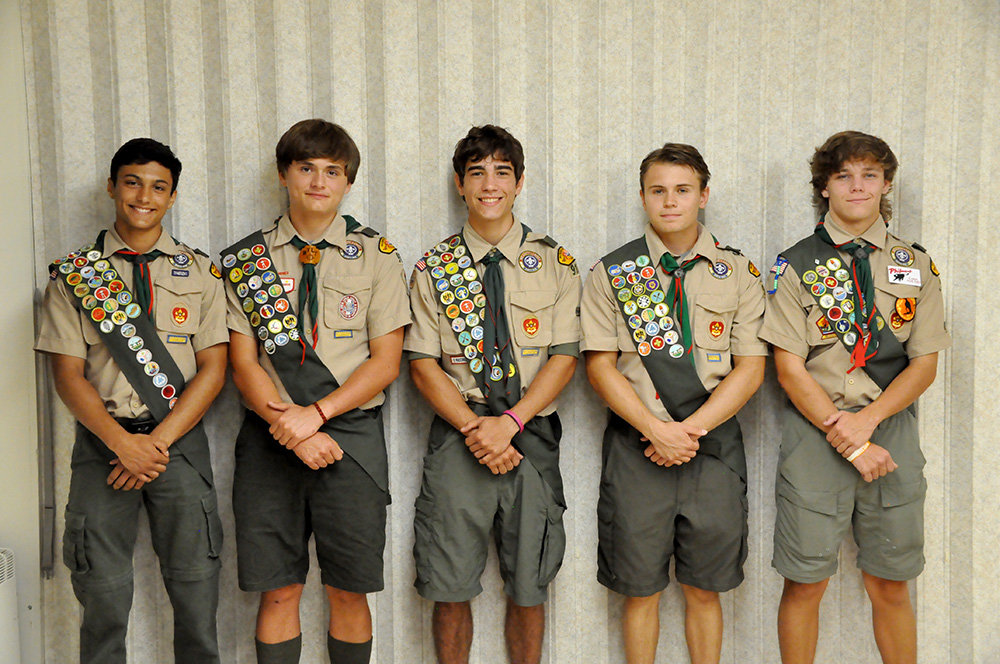 Over the course of 100 years, the Boy Scouts of America has had just over 2.5 million Scouts, less than 4% all time, earn the rank of Eagle Scout. Most troops will see maybe two or three members reach Eagle Scout every year. But Troop 918, out of Our Shepherd Lutheran Church, has had five over the past few months.

Daniel Palus has already been given his Eagle Scout award while Tyler Knox, Colin Stees, Jacob John and Kellen Curtis are planning their Eagle Scout Court of Honor ceremonies, which will be held soon.

Each of them planned, designed and built an Eagle Scout service project that would benefit their community, while also demonstrating their leadership skills. John, Stees and Knox all had similar projects while John and Knox’s projects worked in collaboration. John designed and installed a gaga ball pit at Lake Waterford Park and Stees installed another gaga ball pit at St. Martin’s-in-the-Field Episcopal School. Knox’s project added benches around John’s pit at Lake Waterford, which made the area around the pit less barren while giving parents a place to sit while their kids played. Meanwhile, Palus and Curtis both had similar projects where they installed lending library boxes in two Severna Park communities, Evergreen and Carrollton Manor.

While these projects are meant to allow Scouts to lead, they often also allow them to inspire and teach their fellow Scouts. Younger Scouts get to see what types of projects are being done and may be inspired to do a similar project for their own community, while also learning about the expectations of undertaking such a project, especially with regards to the mistakes and changes these projects often undergo. Just like many professionally done projects, these Eagle Scout projects don’t always go to plan and it’s up to the Scout leading the project to handle and overcome any issues that might arise.

Knox, Stees, Palus, John and Curtis all wanted to be able to inspire their fellow Scouts in Troop 918 in different ways. Knox wanted to give other Scouts of Troop 918 the ability to continue to add to the area around the pit.

“I talked to the park ranger, and we could almost turn it into an Eagle Scout zone,” Knox said. “We talked about potentially adding a nice fire pit to the area and a brick pathway and nice bushes around it. And it could be just a really nice community project.”

Palus said, “I wanted to inspire them in the good my project brought as well as how I went about doing it. But it was almost like the inverse of inspired, by making it a lesson. Showing that organization is a big factor for kids who are doing their Eagle Scout project now to consider, so that they can look at me and see all the good, the things that went well in its execution but also the things that could have been better. Even the downsides my project had, in terms of how it was executed, were good in the end, because they’re kind of a cautionary tale.”

The journeys of these five Scouts are now over as they have reached the highest peak of being a Scout. The leadership they displayed both in their troop and in leading their projects, along with the service they gave to their troop and their community, are proof of their strong character.