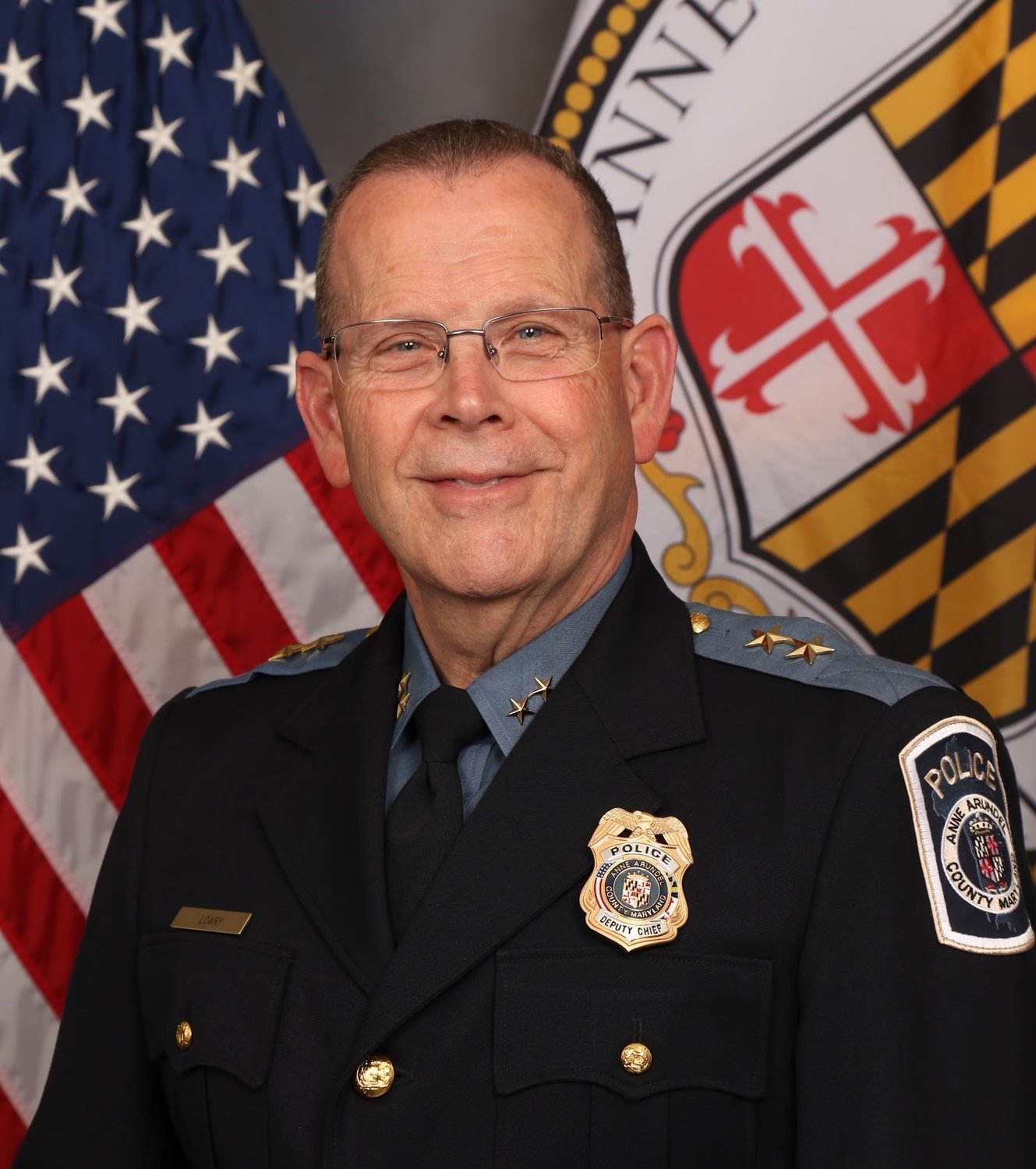 Since 2019, William Lowry has served as deputy chief of police under Police Chief Tim Altomare.

“I believe that Chief Lowry is uniquely qualified for the task before us,” Pittman said. “He was at Chief Davis’ side during the [Laura] Neuman administration, when so much important work was done to improve police/community relations, and he returned to assist Chief Altomare as he continued those efforts. He worked closely with the Prince George’s County Citizens Complaint Oversight Panel in the early ‘90s, and he grew up in a family that risked their lives for the cause of racial justice in the south. He is widely respected by our officers, and he is deeply respected by me. The Anne Arundel County Police Department is in good hands under Chief Lowry, as are the 580,000 people who live here.”

Chief Lowry began his public safety career with Prince George’s County Police in 1973. He served in the Special Operations Division, where he became commander of both the warrant/fugitive section and the hostage negotiation team. Lowry also spent time as the commander of the special events section, special enforcement section and as acting commander of internal affairs. In 2000, he left the department to become the senior director of security operations for the team currently known as the Washington Football Team. He has also held senior positions in security for NASA and the Miami Dolphins football team.

“I would like to take this opportunity to thank County Executive Pittman for placing his trust in me to lead the men and women of the Anne Arundel County Police Department as the interim chief of police,” said Lowry said. “I am extremely humbled by this decision. I look forward to seeing this police department continue to provide excellent police service and to have many opportunities to work with our community members. I love our police department and I love the community that we serve and protect.”

In accordance with the county charter, Lowry may serve as interim chief of police for an initial period of 60 days. That time may be extended by up to four months further with passage of a resolution by the Anne Arundel County Council. Pittman has indicated that he will conduct a formal search for a permanent police chief.

Pittman also announced that Derek Matthews has moved from the Office of the County Executive to the police department to help oversee and implement new initiatives, including the body-worn camera program. Matthews’ new title is special assistant to the chief.

“Derek Matthews understands Anne Arundel County and he understands policing,” Pittman said. “Body-worn cameras are a major investment in transparency for this county, and our program must be done right. Derek will not only manage the program’s planning and implementation, but he will ensure that the voices of both police officers and community residents are heard in the process.”

Guess What’s Back: Our Best Of Severna Park Contest