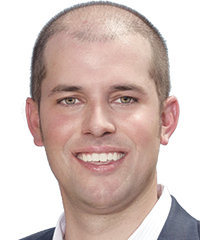 I’ve had many financial conversations with both clients and prospects over the past several months, and it’s been interesting to note that many of these conversations end up in the same place, talking about the same things. I’d like to address the top three financial questions I’ve been asked during this pandemic and answer them in light of how they could affect your retirement.

What impact will the stimulus have on my retirement?

There are two parts to this question. There are both short-term and the long-term effects. In the short-term, the stimulus has been extremely helpful. Look at how the market has responded since March! The S&P has almost rebounded to pre-COVID prices; this is due in large part to the stimulus. Let’s hope that anytime you put that many trillions into anything, it helps solve the problem. It’s not a coincidence that the major league sports leagues, to name one example, were scheduled to begin at the time the original stimulus was going to end. Congress was hoping that the real economy could pick up where the stimulated economy ended at the beginning of August. Even Ben Cardin admitted that lawmakers extended the CARES Act deadline until August 8 to give them more time to negotiate the HEALS Act.

We’ve been waiting with bated breath to see what the new program will look like, and at the time of this writing, the HEALS Act has yet to be announced. My guess will be that Congress will announce it at the last possible moment.

Is this market rebound real?

This also addresses the second question, which is, “Is this market rebound real?” Although this money came from the government, it’s just as much an economic force as anything else, so it is safe to say that the first part of this has been real and it has been a traditional V-shaped recovery. The second part of the answer to the first question is in the long-term impacts of the stimulus. Believe it or not, the country will get through this! Science and technology will prevail!

The lasting impacts of this government intervention could last beyond the actual virus, however. Anytime a government borrows that much money, it has to pay for it through increased taxes, increased inflation, and/or increased interest rates. What impact this borrowing will have in its entirety is yet to be determined. My fear for baby boomers is that we’ll see a dramatic increase in taxes. The tax increase would be specifically targeted at qualified money. Qualified money includes things like IRA, TSP, 401(k) and other employer-based retirement plans. According to the Investment Company Institute (ICI), at the end of 2014, U.S. retirement assets totaled $24.7 trillion, most of which is in qualified money and every penny of which has yet to be taxed. Establishing that as a target seems logical to me.

What is a W-shaped recovery?

Most investors fear that the market will correct again and experience another month like March 2020. It’s hard to say what the near future holds and none of us can predict if another downturn is coming. If you’re a Democrat, you’re hoping that if it does occur, it happens right at the election. If you are a Republican, you’re hoping it comes right after the election and Trump has won. If you are an American, you hope that it doesn’t happen at all, and we can get through this without any major problems in the future, but none of us knows what the future holds.

What we do know is that we can plan for inevitable market downturns in the future and how to best take advantage of them. The S&P is back up since March, which created an opportunity, and where there’s chaos, there’s opportunity.

For more information about the author, Jason LaBarge, visit his website at www.jasonlabarge.com.

Make Your Home Fit Your Family By Consulting 50 East Remodeling