Through The Eyes Of Others: Producer Discusses Documentary About Dreams, Success And Friendship 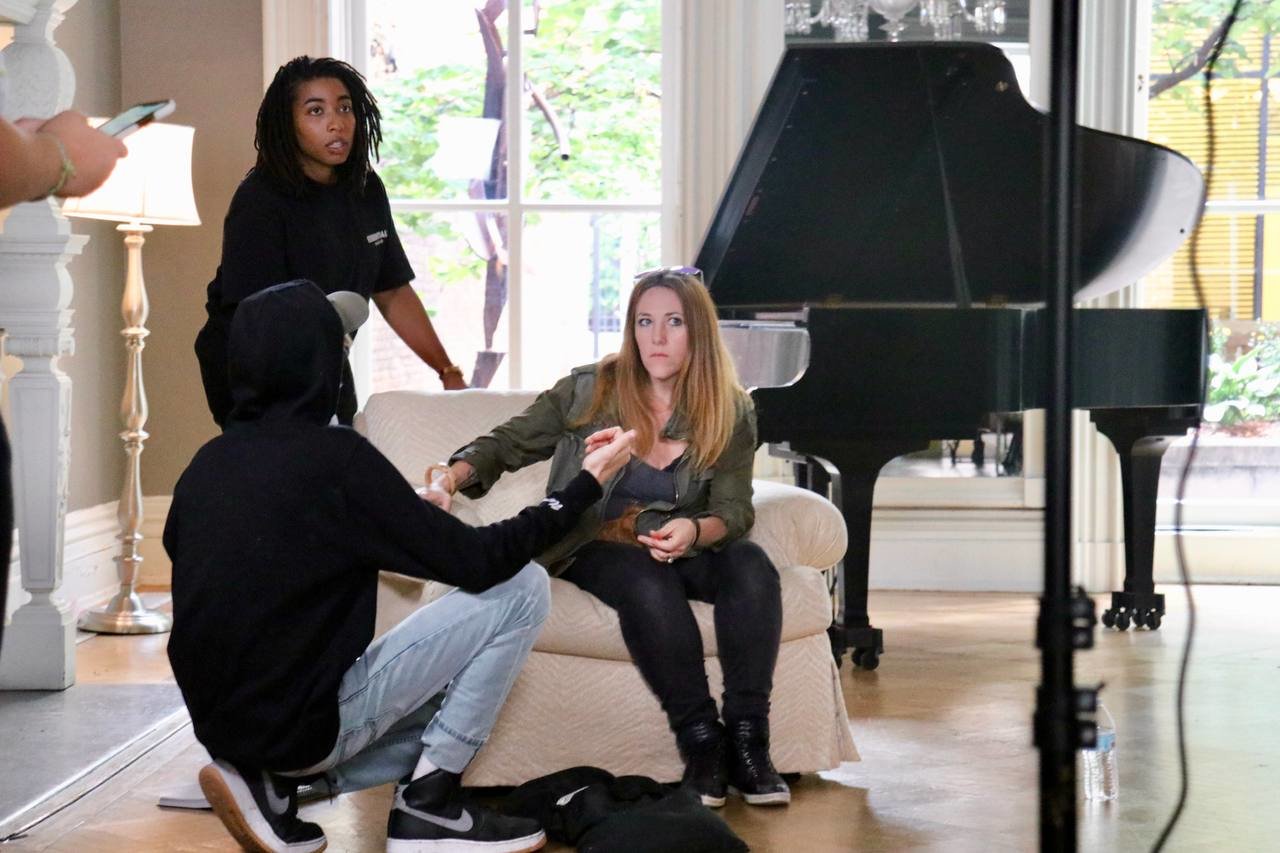 Jane Bloom (right), pictured on the set of “Through the Eyes of Others,” makes independent films.
Photos Provided 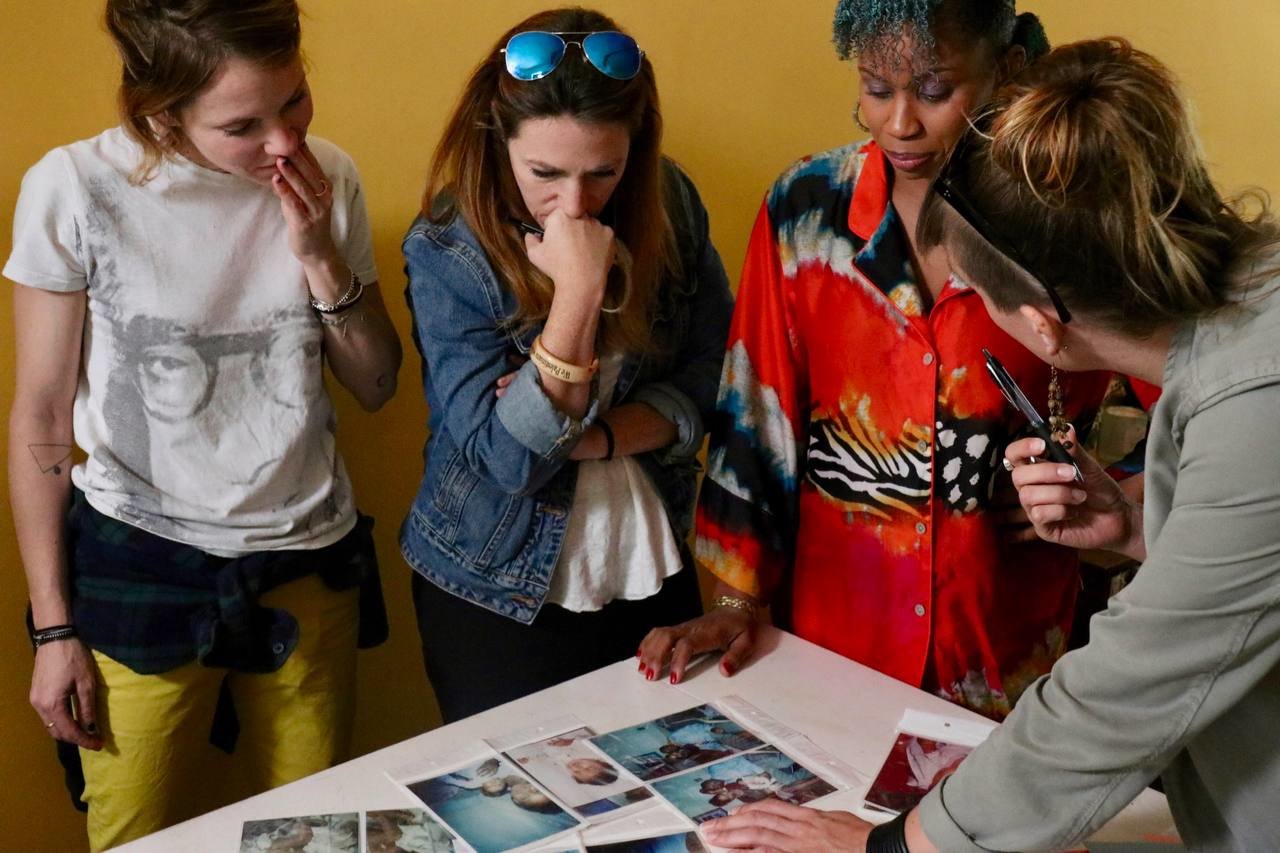 Jane Bloom (second from left) is part of a filmmaking team exploring themes of success and systemic challenges in a new documentary.
Photos Provided 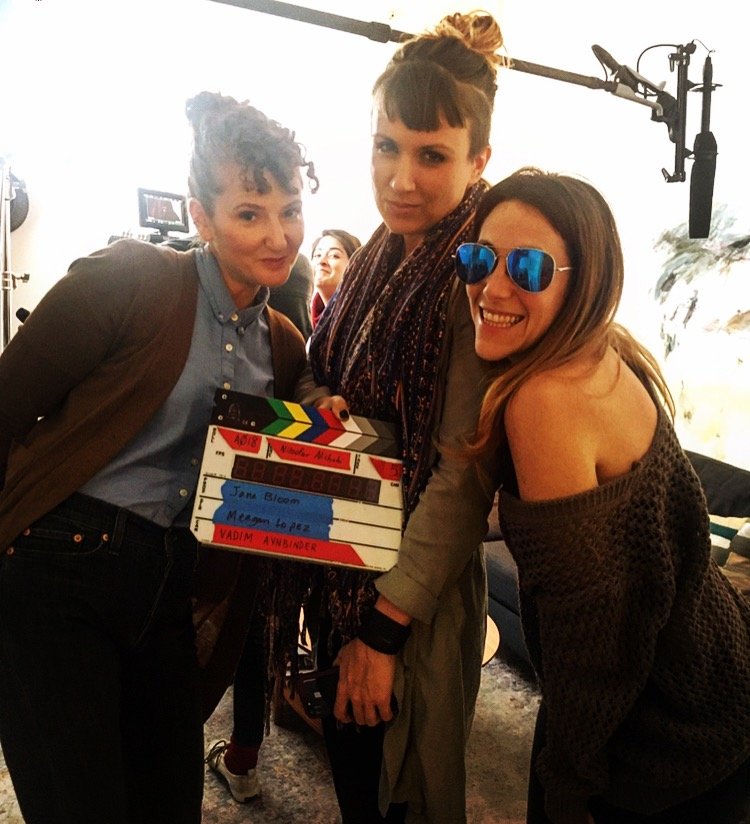 I hope to tell stories that educate people but also help people to self-reflect, make people take a minute, take a breath, to think about are they living the lives they want to live? And if not, what are the barriers and challenges, whether they’re systemic or self-imposed.”
Jane Bloom
More About Jane

Jane Bloom’s performing arts experience started with the St. Martin’s-in-the-Field theater program. Currently, she develops impact-driven programs focused in social justice, trauma recovery and the neuroarts. She produced a music video with survivors of the 2018 Parkland shooting, and she co-created Camp Shine, which allows students to find therapeutic value through artistic activities.

Giving back is important to her. She has created mentorship and internship programs for young filmmakers and currently serves as a mentor to the Johns Hopkins filmmaking program, Baltimore School for the Arts, and Towson University. Bloom also taught a documentary course at Bates Middle School last year.

Severna Park native Jane Bloom has an “Eat Pray Love” story. After working in television and film in Los Angeles, she decided she wasn’t creating the kind of impactful content that she wanted to make. She came back to Maryland, married Shipley’s Choice resident Jay Baur, and they traveled the world together for three years.

“I had everything: the big executive job, the car, the house, the awards, all those things,” said Bloom, a two-time Emmy Award winner. “I sort of realized that even though I was getting the outward recognition, I wasn’t creating the content I set out to make. And your dreams change.”

Bloom transitioned away from studio-based projects and focused mainly on independent film, telling meaningful stories. She now runs her own production company, The Oz Effect. Her latest role is serving as co-executive producer for “Through the Eyes of Others,” a documentary that hits close to home given her life choices and the subjects of the film.

The premise is this: As they prepare for their 20-year high school reunion, 11 Baltimore School for the Arts graduates reflect on the meaning of success, the power of purpose, and if they have given up on their dreams. In their teens, they were all actors who were expected to become stars. Most had already been on TV shows, off-Broadway, and in major motion pictures. “Through the Eyes of Others” looks at the barriers they have faced.

Their powerful story was captured by director Meagan Adele Lopez, co-executive producer Samantha Mitchell, and Bloom, who graduated alongside the other theater department students in 2000. The film is supported by the Saul Zaentz Innovation StoryLab, The Film Collaborative and the Maryland State Arts Council.

“When you really take a step back and think about who you wanted to be when you were 18 years old and who you are now, there’s a lot to unpack,” Bloom said. “And you start to think, are you proud of the person you have become? Why or why not?”

Bloom said that even though society often encourages people to go for their dreams and people are told that they will “make it” if they give it their all, other factors are involved. One example from the film is Brandon Price, who played Stinkum on “The Wire.”

“He was an absolutely amazing actor, and then he went to Julliard, and that was when his mental illness started to come forward,” Bloom said. “Since then, he has struggled with mental illness, struggled with addiction. He’s clean now, but this is somebody who really everyone thought was going to be the star and ends up having these human issues that we try to sweep under the rug.”

Another Baltimore School for the Arts graduate, Lauren, was told to forget her acting dreams.

“Lauren was a tremendous actress, and she was told by some of the teachers that she had the talent but she didn’t have the constitution to be an actress, meaning that she liked stability and she wouldn’t be able to live paycheck to paycheck,” Bloom said. “And she listened to that voice.”

The graduates also faced challenges with racism, trauma, motherhood and infertility. With the ongoing pandemic causing many people to rethink their life choices and future, the film is especially timely.

The filmmaking team is currently seeking additional funding so they can share the documentary.

“Independent film is very difficult to make, but it’s really important that we support independent filmmakers because that’s how new voices get heard,” Bloom said. “We don’t want to rely on the people who run the big conglomerates to tell us what stories we want to hear.”

As of December 5, the team was about $2,400 shy of its $15,000 post-production fundraising goal. The Seed and Spark fundraising campaign can be found online.

They are seeking funding because they believe in the power of the story they are telling. Bloom said she, Lopez and Mitchell have heard from many people who felt emotional when watching the five-minute trailer for “Through the Eyes of Others.”

“At the end of the day, what matters is friendship, is family, is being there for yourself,” Bloom said. “And to recognize the systemic challenges others face so that we can eradicate them and work together as a community to make an impact.”

Jump Into “The Sandlot”

“The Northman” Is A Brutal, Familiar Story