SPHS Swimmers: Leading In The Pool And Out Of It 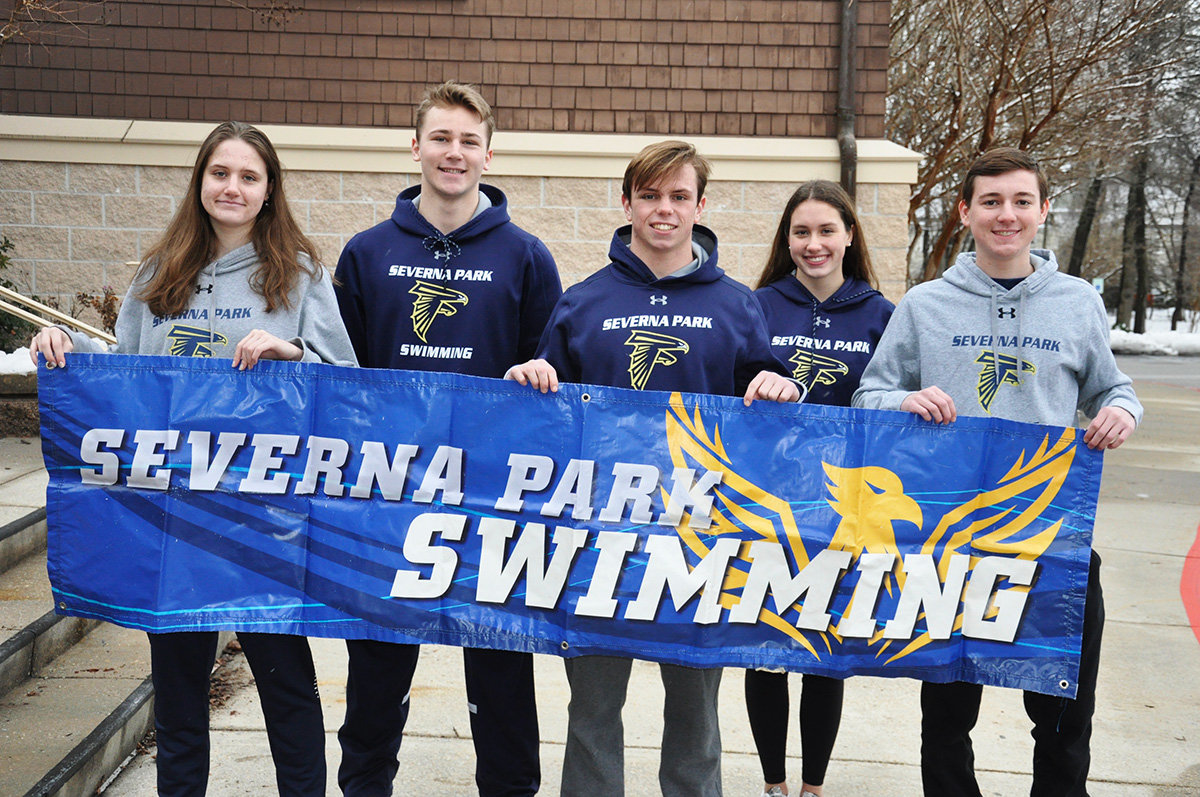 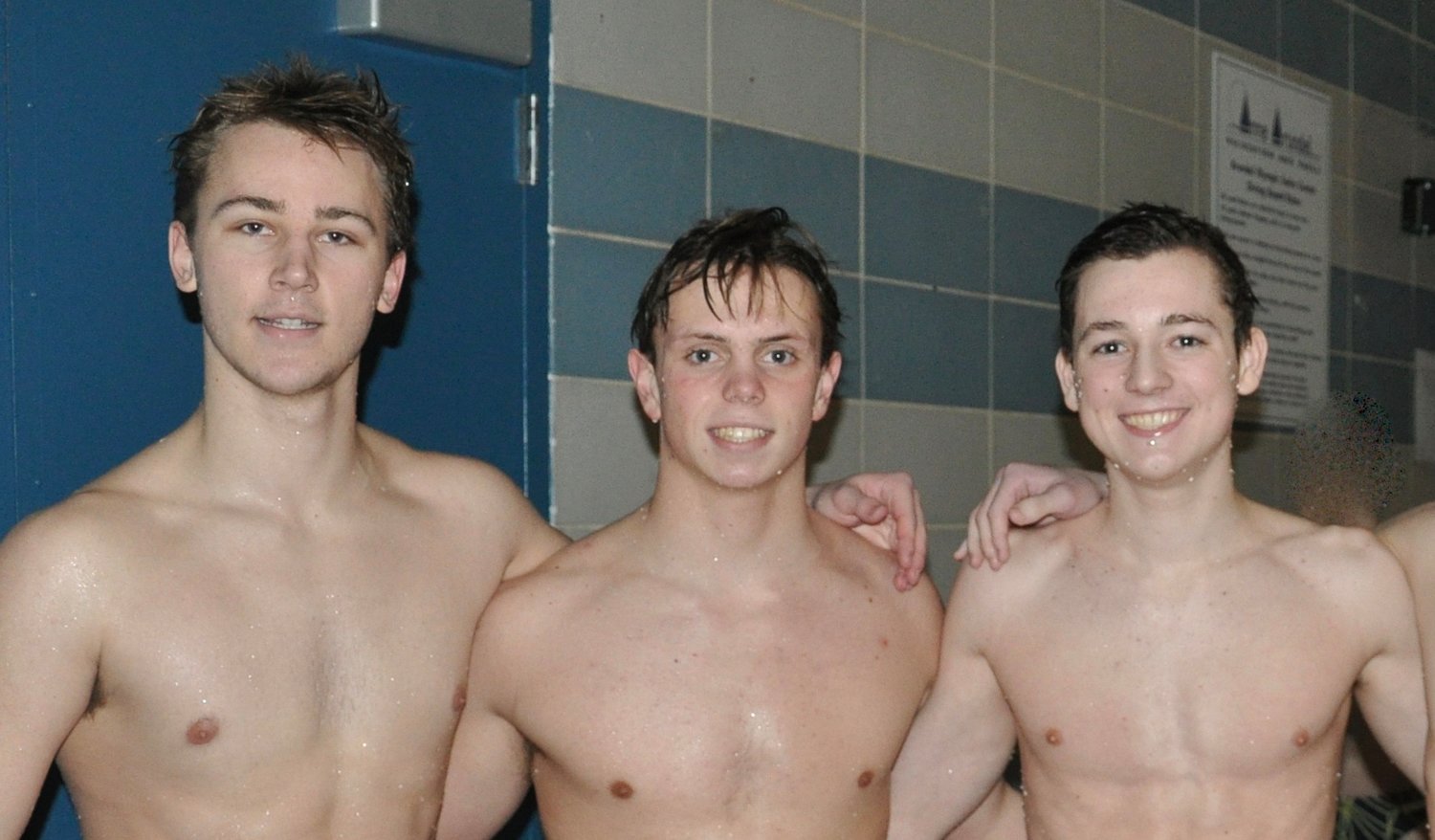 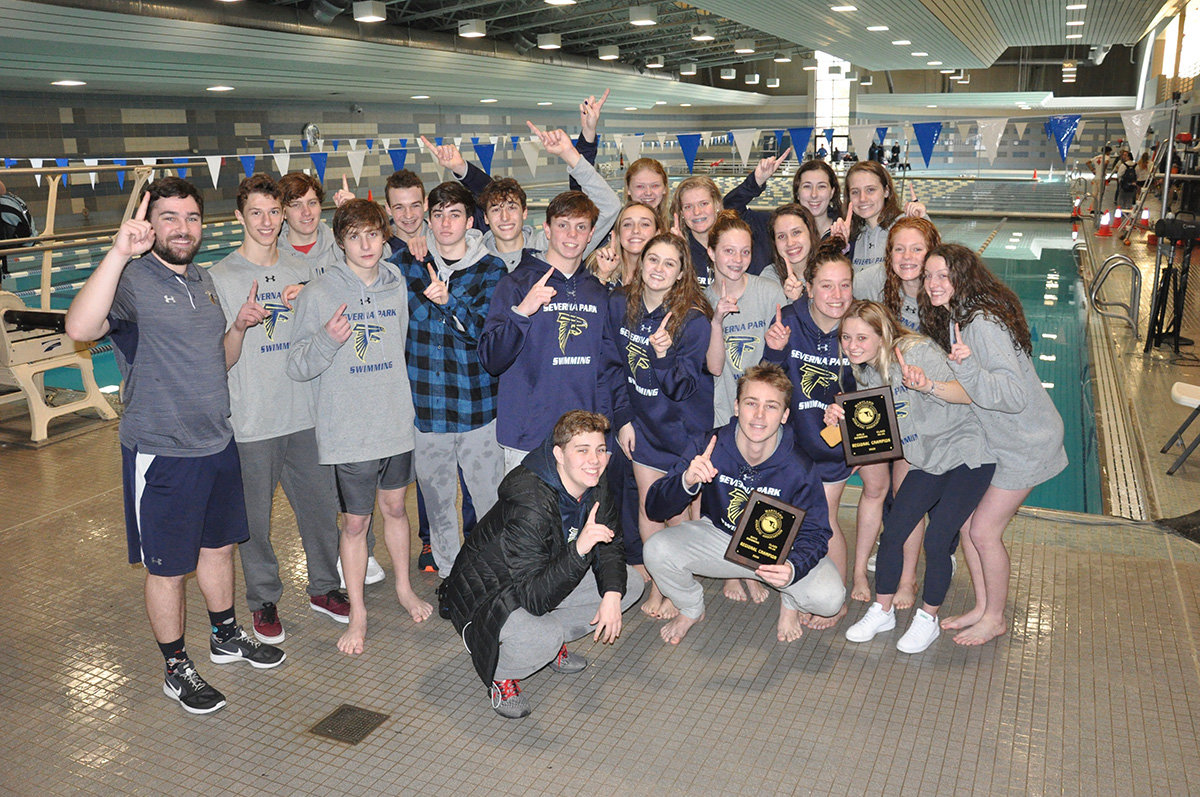 The Falcons swim team entered this season with plenty of success to their credit and high expectations to match it. However, due to the coronavirus pandemic, the county's winter sports season was moved to a virtual format without in-person competitions.

“This is the best group of seniors I would have had,” said Bachkosky, now in his third year as head coach.

"We were hoping to wrap it up this year and maybe get some records, but that really didn't end up coming true," Gillespie said.

"Swimming is the thing that I always look forward to," Turk said. "I understood the health concerns regarding getting back in the water, and trying to manage a safe swim season was going to be challenging."

Discussions were held and proposals were made to hold swim meets, but no resolution was found.

"We were looking forward to trying to win counties again and we definitely had a really good chance," Simpkins said.

Despite the disappointment of not having a swim season, many of the Falcon swimmers treasure the lessons learned in the water and in competition.

"I think all the hard work will pay off,” said Turk, who hopes to major in nursing or occupational therapy in college. “It might not be immediate, but you'll see it one day, and it's really gratifying to know that all that hard work you put in and everything you worked toward is shown. I think that's really amazing.”

Many of the Falcon swimmers share that same appreciation for hard work.

"It's definitely taught me how to work hard in a lot of things," said Simpkins, who plans to major in business in college. "Swimming is a sport you have to work really hard in to be successful. If you miss one practice, you're out of shape and you're already behind. You have to be really dedicated to get up early and go to every practice."

Bowes has been a dedicated swimmer since childhood. Calling herself a “smorgasbord swimmer,” Bowes has been on several teams: the Truxtun Park Penguins, North Arundel Aquatic Center, SPY, Eagle Swim Team, the Severn River Sharks and SPRFC Fitness.

Her most memorable moment, though, was the Severna Park girls winning regionals during her freshman year.

“It was exciting to see everyone’s work pay off, and the pure joy everyone was feeling was unforgettable,” said Bowes, who plans to major in biomedical engineering and do intramural swimming in college.

Patty started swimming for the Shipley’s Choice Dolphins summer team when she was 6 years old (she later coached for the team). She started year-round swimming on the SPRFC Stingrays in sixth grade. As she prepares to study marine biology in college and swim for a club team, she is reflecting on her time with the Falcons.

“My most memorable swim accomplishment is probably swimming in the 400 free relay at regionals after a week with the flu and then losing my goggles in the race,” she said, “but my relay still managed to make top three and go on to states.”

This group of seniors has impressed since day one of their sophomore campaign, Bachkosky's first season at the helm.

"I'm sad I didn't get to coach them during their senior year, because they were a bit of a powerhouse group,” said Bachkosky, an alumnus of Severna Park High School and its swim team. “It would've been fun to go up against Broadneck and South River a couple of times.”

Looking back on their time competing for the Falcons, Gillespie and Simpkins fondly remember playing their part in last season's 200-yard freestyle victory, which sealed yet another boys county championship.

"That was the most fun I've had in a race probably ever," said Gillespie, who looks to major in engineering when in college.

After advancing from those same county championships, Severna Park found itself in the state championships. It was there that the rest of the state saw the Falcons combination of talent and character on display. Coaches and officials were asked to vote on the team that showed the greatest level of sportsmanship. The swimmers of Severna Park took home that title by an overwhelming vote.

"For all the county awards or personal records and things like that, that one is the most special to me as a coach because that means that I am helping them create this atmosphere," Bachkosky said.