Skribe Pens “Big Nothing” As A Tribute To His Brother, Others Battling Mental Illness 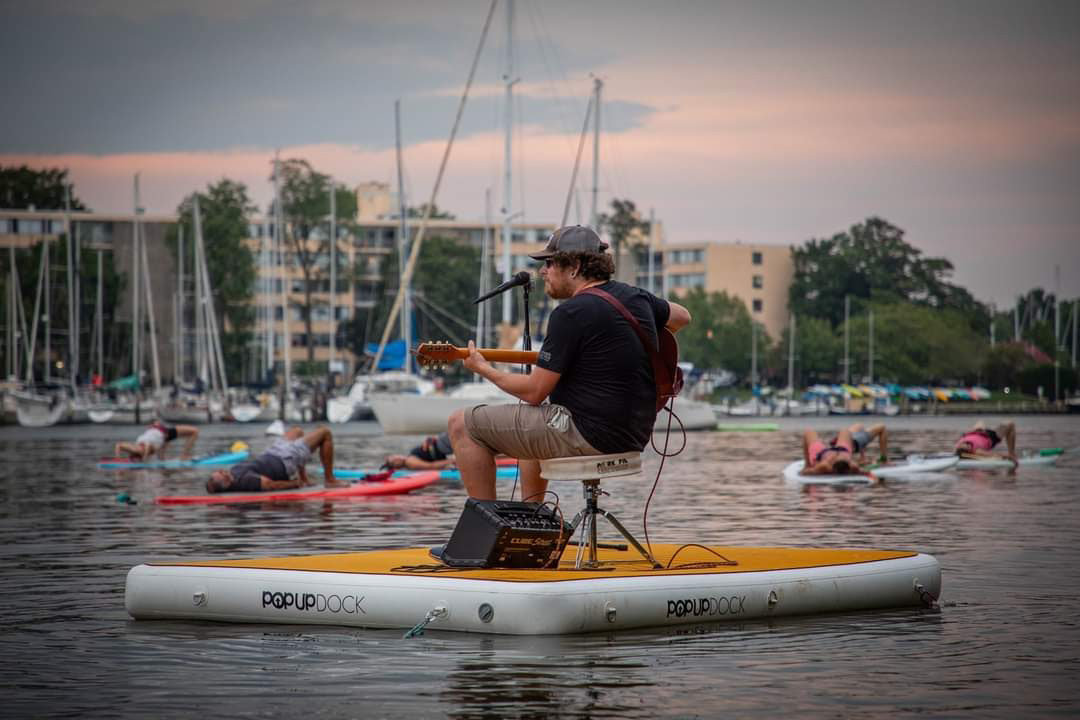 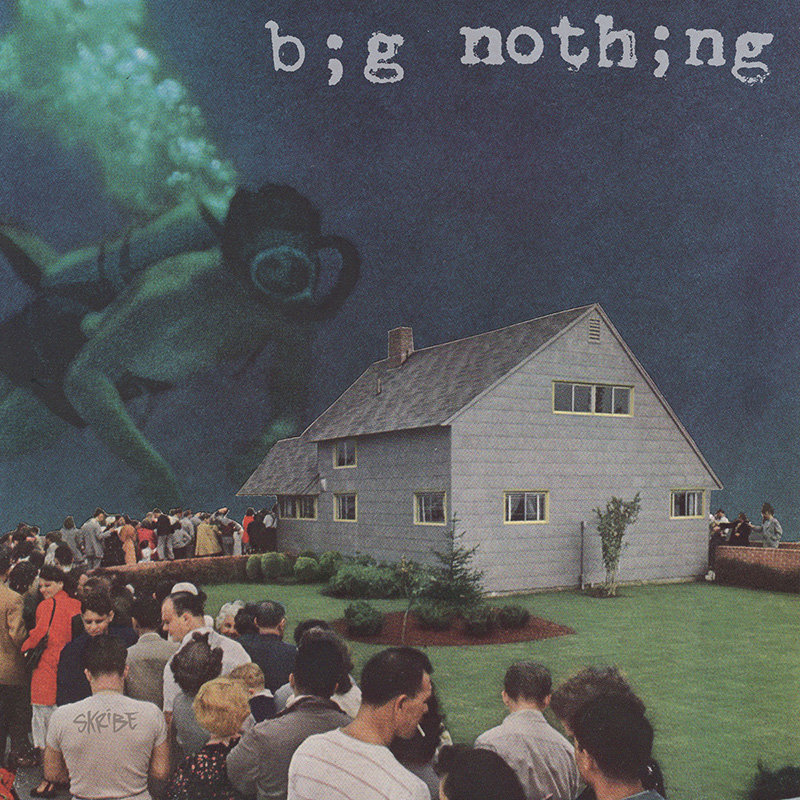 “Big Nothing” was released on January 14. The cover art was done by Robyn Redish. 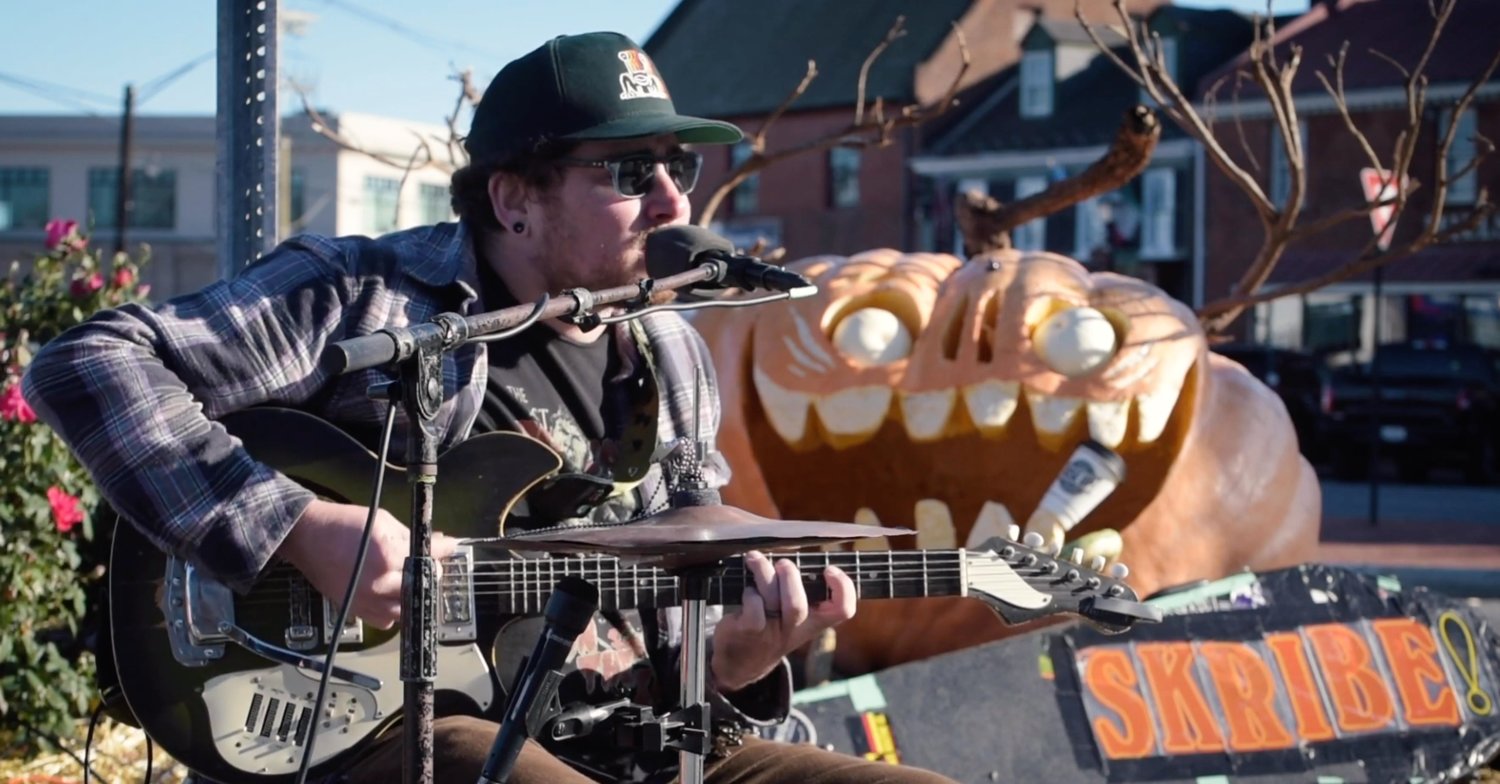 Episode 1 of the “Flying Covers” music video series was filmed at City Dock in Annapolis and posted to YouTube in December.
Photo courtesy of Kavoossi
Previous Next
Posted Tuesday, February 9, 2021 1:47 pm
By Zach Sparks l zach@severnaparkvoice.com

Singer-songwriter Aaron Yealdhall, known as Skribe, has been using music as a vehicle to reach people all his life. That goal has even more significance now, three years after his brother, Kevin Yealdhall, suffered a stroke and died a few days short of his 26th birthday.

Kevin battled mental illness since childhood, Aaron said, prompting Aaron to write the song “Big Nothing” and release it on what would have been Kevin’s 29th birthday: January 14, 2021. The tune not only helped Aaron process the loss of his brother, but it also serves as a metaphorical life raft to anyone who is suffering.

“Music has always helped me through tough times,” Aaron said. “Whether it's listening to a song that I connect with or picking up a guitar to cut loose and release stress. You can't drop a heavy topic, like losing a loved one, in casual conversation and expect someone to understand, but you can put it into a song or piece of art and resonate with people who might be feeling alone with their own struggles.”

Despite its subject matter, “Big Nothing” is not a gloomy song. The lead guitar (Soren Mattson), bass and slide guitar (Gingerwolf), guitar and organ (Shea Springer) and drums (Jondon Stanley) mesh for a bluesy and soothing backdrop to Yealdhall’s lyrics as he offers encouragement, “water for the flame,” to aid anyone fighting the fog of mental illness.

Aaron, Kevin and their sisters, Lauren and Kristin Yealdhall, lost their father to suicide in 2000.

“Kevin was only 8 at the time and it weighed on him heavily growing up,” Aaron said. “He put up walls, struggled silently, and sometimes lashed out with self-destructive behavior. Kevin was a deep thinker. He was curious about the universe and dreaming up ways to fix the problems of the world. A passionate, creative spirit full of love but often lost in the fog of depression.”

Lauren is advocating for others who are “lost in the fog.” She has spent more than two years educating Maryland lawmakers, trying to reduce the stigma surrounding mental illness and to spark change.

“I admire her passion and hope that my music can act as a vehicle to help drive her mission,” Aaron said.

Aaron is playing “Big Nothing” for anyone who will listen, and he’s also looking forward to playing in front of audiences again. With spring approaching, Skribe has a performance at Garry’s Grill scheduled for March 19, hopefully on the outdoor patio.

“It doesn't come close to experiencing a live show, but it's a great tool for any independent artist or musician,” he said. “I went from five-plus gigs a week to zero, and streaming has been a great way to stay engaged with our fanbase.”

He also started a music video series called “Flying Covers” where he performs covers of his favorite songs live on location. Episode 1 featured a cover of Pujol's “Reverse Vampire,” the video shot by Kavoosi in front of a 900-pound jack-o’-lantern at City Dock in Annapolis. Aaron is eyeing Woods Holy Grounds in Severna Park for the second video.

“That place was a major staple for local music back in the day; lots of memories in those walls,” he said. “It would be cool to cover a band that I experienced live there back in the day.”

Skribe has other new music in the works, too. A John Prine tribute EP and new single dropped on February 5 via Bandcamp, which allows listeners to pay what they want for those songs and any songs in the Skribe catalog. Bandcamp waives its service fees on the first Friday of every month.

Aaron also hopes to play the next concert held by Burgers and Bands For Suicide Prevention, and he’s currently supporting frontline health workers. Accompanied by his dog, Kermit, Aaron makes snack and coffee deliveries to the COVID nurses at Anne Arundel Medical Center every Saturday. Anyone who would like to donate goodies can contact him at skribe45@gmail.com.

“Thanks to all of our health care and frontline workers!” he said.

Those who want to help Lauren Yealdhall advocate for mental health resources can email Skribe with the subject header “Crush The Stigma.”

“Crushing the stigma and starting the conversation is the first step,” Aaron said.

“A Man Called Otto” Emphasizes The Importance Of Neighborly Love