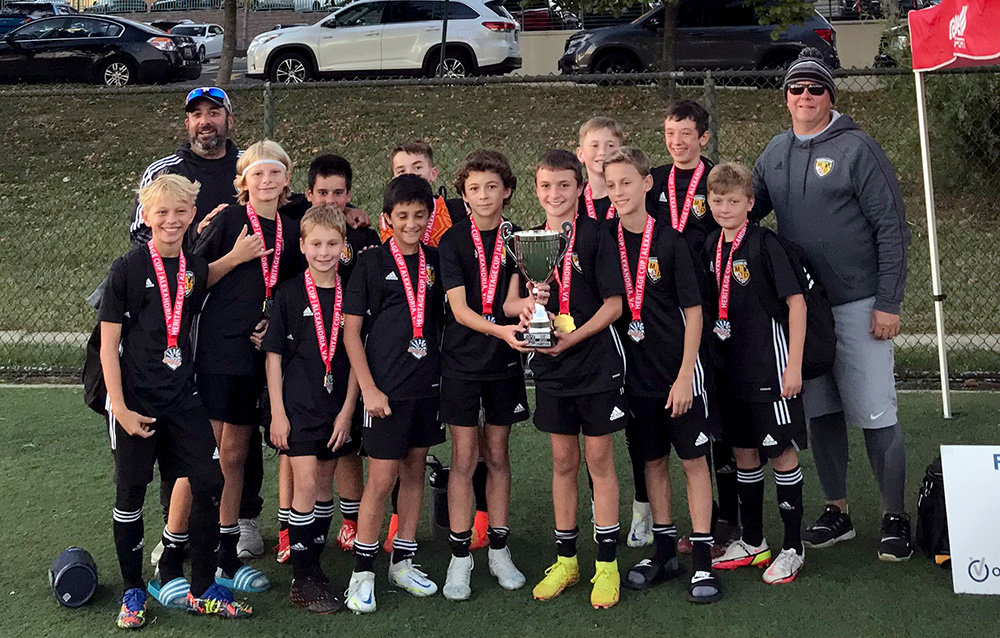 The team capped their strong tournament in October by winning 1-0 against Prince William.
Photo Provided
Posted Thursday, November 3, 2022 9:52 am

Severna Park 11B - Green took home the U12 championship at the Heritage Cup in Alexandria, Virginia, over Columbus Day weekend in October. The boys soccer team scored 18 goals and conceded only four on their way to going 4-0. They capped their strong tournament by winning 1-0 against Prince William on a free kick by Chase Connell with about 15 minutes remaining.

The boys compete in the top division of Elite Development Program (EDP) and will close their fall campaign with a trip to Raleigh, North Carolina, for a tournament in mid-November. For updates, follow the team on Instagram @spgreen2011boys.