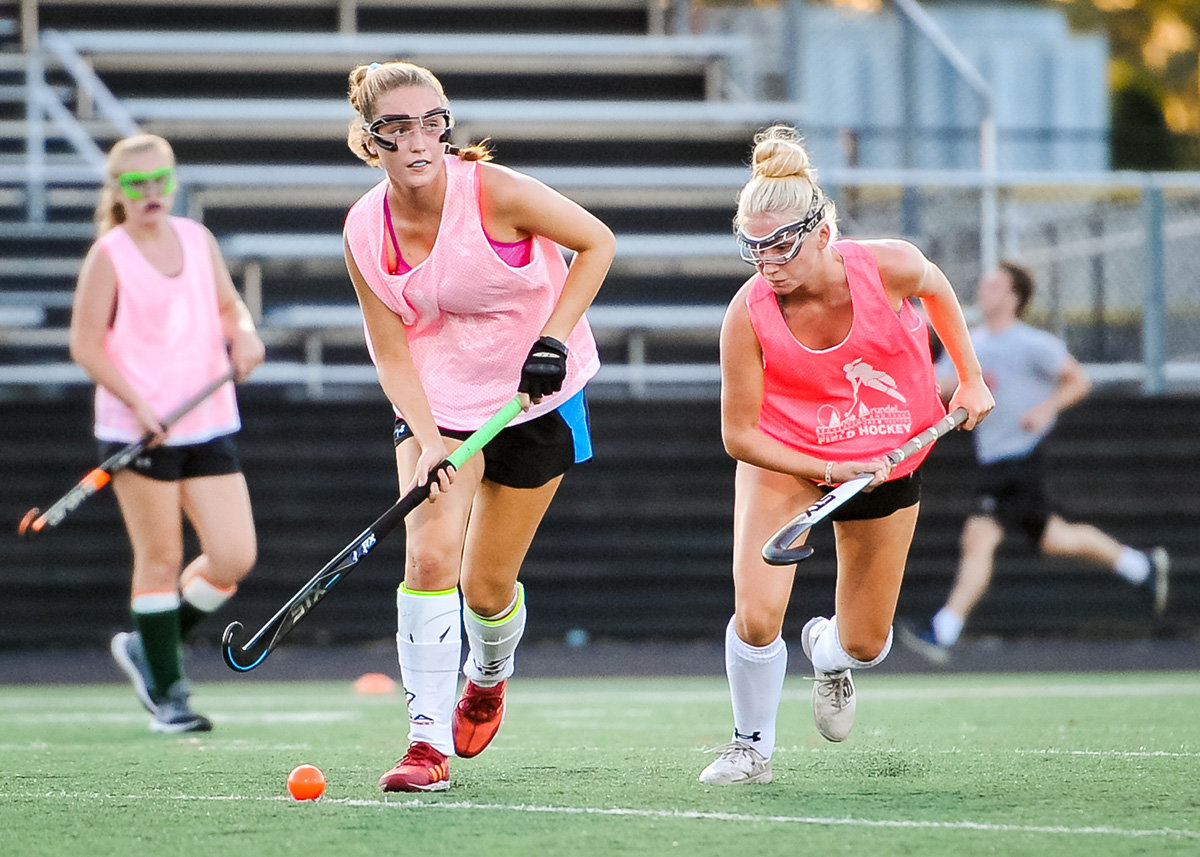 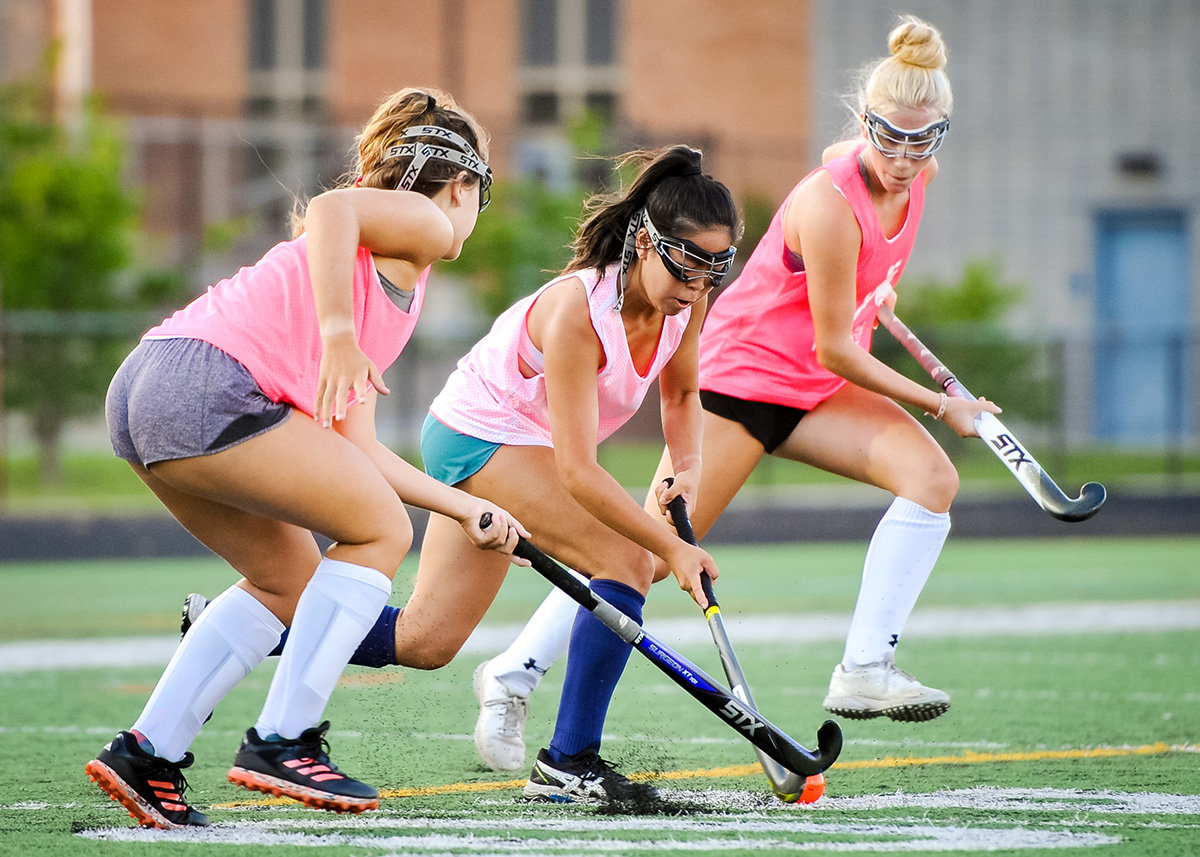 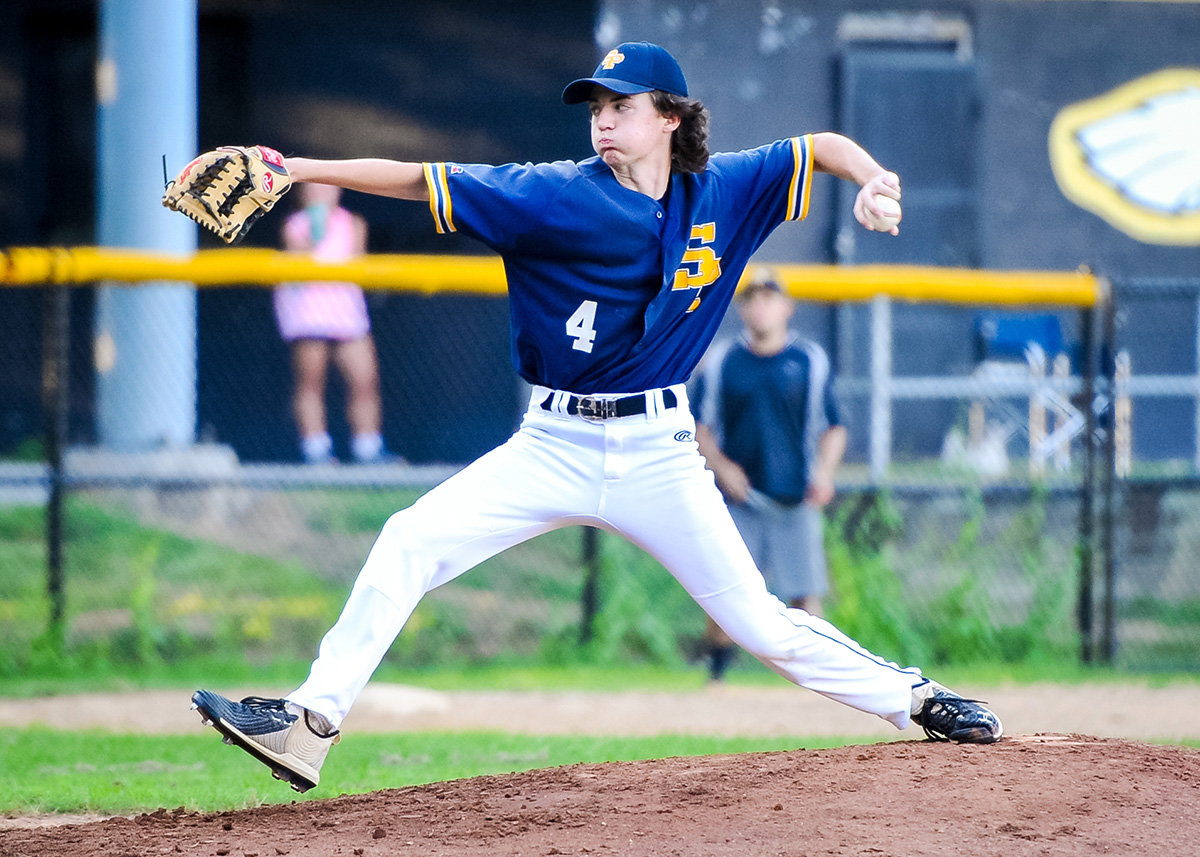 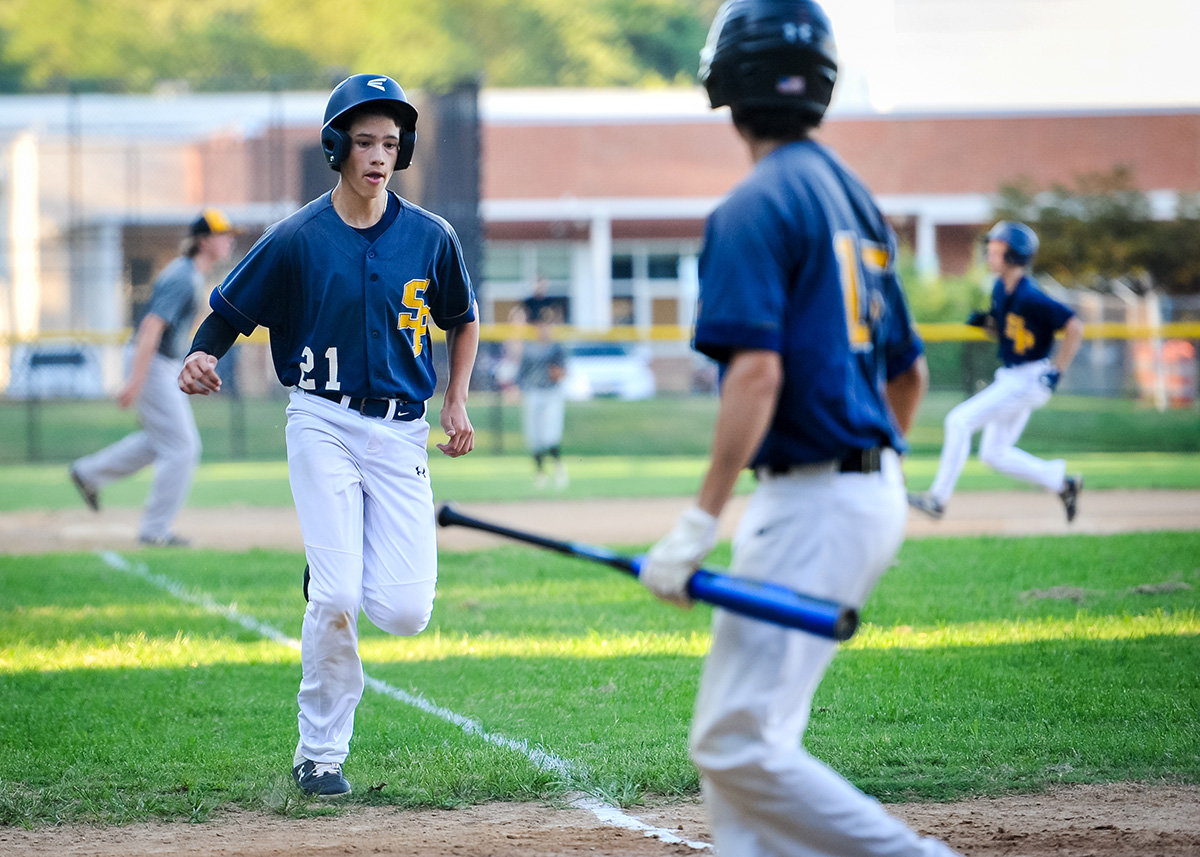 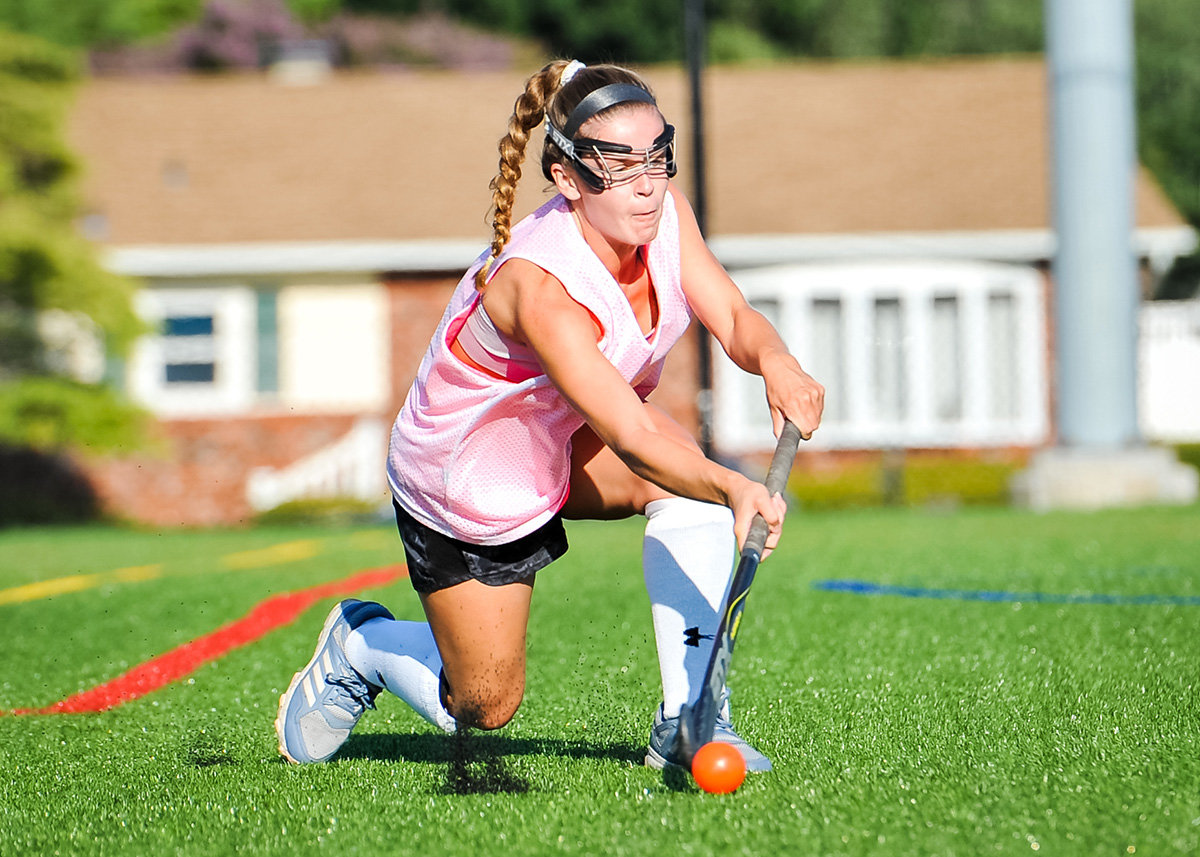 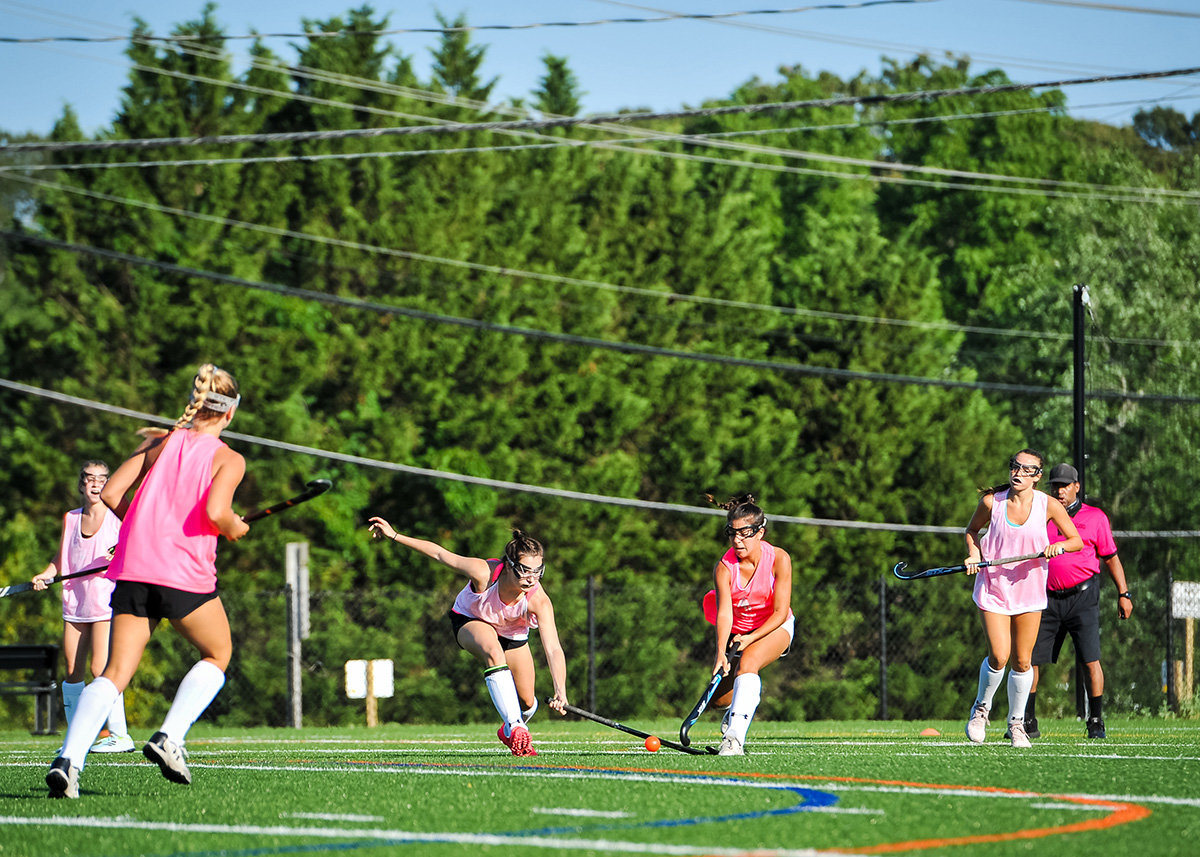 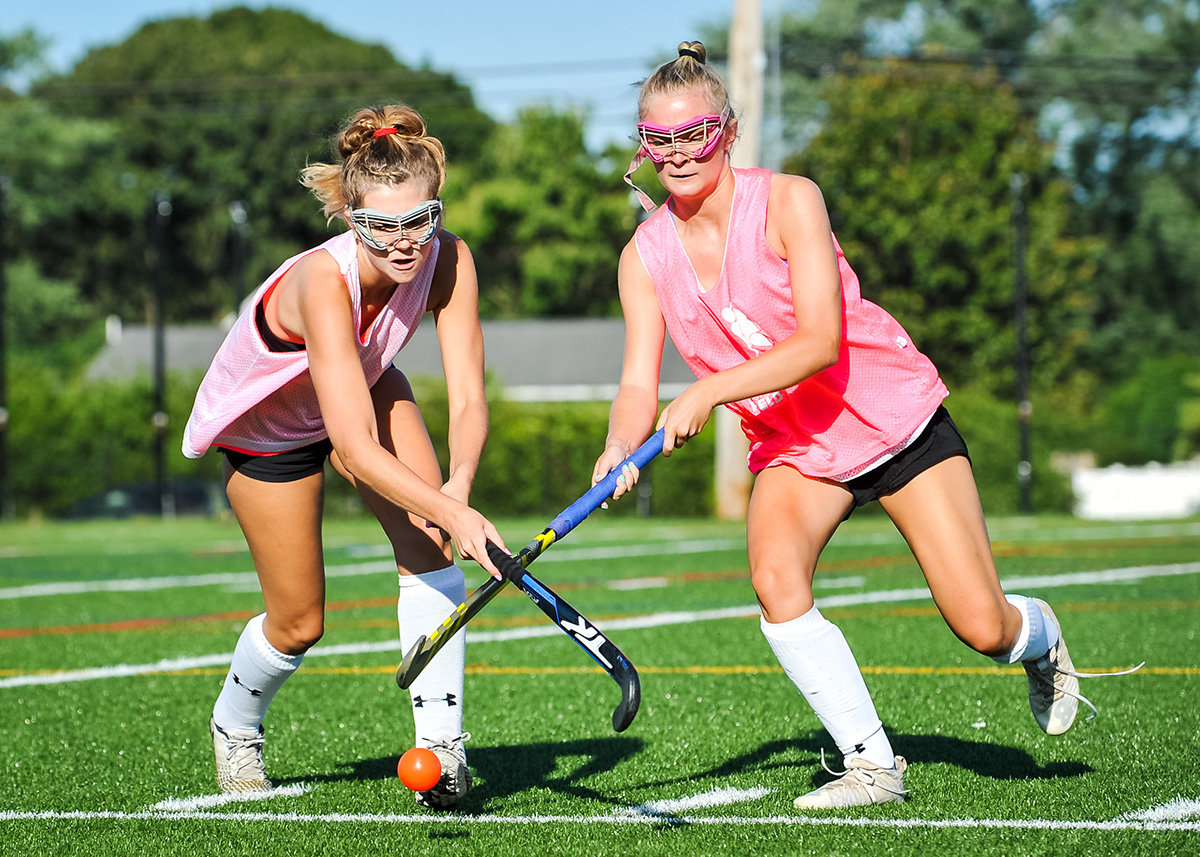 Months after the coronavirus caused the cancellation of spring sports, and weeks before the Maryland Public Secondary Schools Athletic Association postponed the fall and winter seasons, the kids were back playing the sports they love.

Virtually all of the normally robust local team-sports leagues and opportunities were shortened, modified, downsized or otherwise curtailed in response to the pandemic, but — for now at least — there is local, live-game action.

Severna Park’s 16U summer baseball team, usually dubbed the Spartans, wasn’t able to play under the Green Hornets umbrella this summer, so they moved to Severn Athletic Council and are playing as the Severn Panthers in the Anne Arundel Amateur Baseball Association Mickey Mantle League.

Jimmy Miller, a rising junior at Severna Park, has played travel baseball every summer since he was 13 and shuddered at the thought of going a full year or more without baseball.

“It was really important for me (to be able to play this summer),” said Miller. “When you grow up playing a game, and then all of a sudden it’s not there one day and there’s nothing you can do about it, it’s hard to deal with at first. You get used to it, but just the chance to get back on the field and play was really fun. It was a relief because we didn’t know if we’d get back on the field. Last year on JV, we lost the county championship in a tough game, so it was kind of our revenge year. So, when you’re coming back and expecting to have a good year, and all of a sudden it just vanishes, that was really tough.”

The Mickey Mantle league has just seven teams, which has concentrated the talent and made it even more competitive than normal. At a July 29 game at Northeast against the Pasadena Eagles, the 16U Severn Panthers essentially played baseball as usual, with some modifications.

Players have their temperatures checked before taking the field, and they remain as socially distant as possible in pre-game warmups. Teams use their own ball supplies and do not share baseballs. The umpires made adjustments, too: the home-plate umpire repositioned to call strikes from behind the pitcher’s mound, and the would-be field umpire stands off in foul territory away from players on the field.

Dave Ferris, who coaches the team every summer along with Jim Christy and Joe Zimmerman, said he’s glad the JV players who will be moving up to varsity in the next year or two are getting their reps this summer. That’s not the case for many upperclassmen and current varsity players, many of whom would have played on the always competitive Severna Park Post 175 team this summer; the American Legion league season was canceled.

“It’s great for the kids. Kids were scrambling to find somewhere to play,” said Ferris. “There’s a lot of Severna Park kids who are not playing at all.”

Severna Park’s field hockey players are playing the seven-on-seven county league they would normally play in during the summers. Rising senior Kat Esposito, who scored the winning goal in the Falcons’ state-championship victory last fall, said the players have realistic expectations that a typical fall season probably won’t happen, so they’re embracing the here-and-now.

“It’s been really great to see the team and get to bond with them throughout conditioning and summer league,” said Esposito. “It will be disappointing when the season’s cancelled, but I’m happy I get to see them now. It will probably be the safest option for the season to be canceled, and I think that’s more important than us playing field hockey, as disappointing as that is. But, I’m very happy that we’re here now, playing now. I’m just trying to focus on the moment and not look into the future too much.”

While Esposito is verbally committed to play field hockey at Washington College, not thinking about the future is more difficult for those currently in the recruiting process, like teammate and rising junior Zoe Day.

“It’s really difficult and stressful,” said Day prior to a seven-on-seven game against Broadneck on July 29. “I’m trying to call coaches and do meetings with them since I can’t meet with them in person. We’ll find a way to get in contact if we really want to. But, it’s difficult because I can’t go see campuses either or meet the team, so it’s really different.”

Still, Day, who also missed out on lacrosse with the JV Falcons in the spring, is enjoying the chance to play right now.

“It’s so important, this summer,” Day said. “Last year our team had such great connections, and we bonded so well. It was nice to at least have some of that this year with the team we have this summer, not only meeting the freshmen but getting to know them better and learn their styles and how they play, and everyone learning each other better.”

Those sentiments were echoed by rising Severna Park junior Sofia Espinoza, who is playing club soccer this summer with ONI Premier Soccer Academy. Her ONI team has played a handful of games since the beginning of July, and Espinoza, who aspires to play college soccer, said the team has filmed and live-streamed games and practices to bolster her recruiting portfolio.

While she’s enjoying playing now, she said the high school season is a special type of experience that can’t be replicated in the summer.

“What I think for all the fall athletes is, this is kind of like our identity, it’s playing soccer or field hockey or football,” Espinoza said. “You kind of grow up and you see everyone evolve and change throughout the year. The seniors this year, I’ve been friends with them for years. For them, I would be devastated if they lose their senior year, and I wouldn’t get to play with them again.”

Still, in the new reality of the world, any chance to play is cherished.

“We never know when the COVID cases are going to increase and our season will be gone,” said Espinoza. “And, if one of us gets it, then our whole team and our families are at risk. So, it’s very up in the air, but I’m just grateful every day I get to play my sport. That’s all I want to do, is play it.”