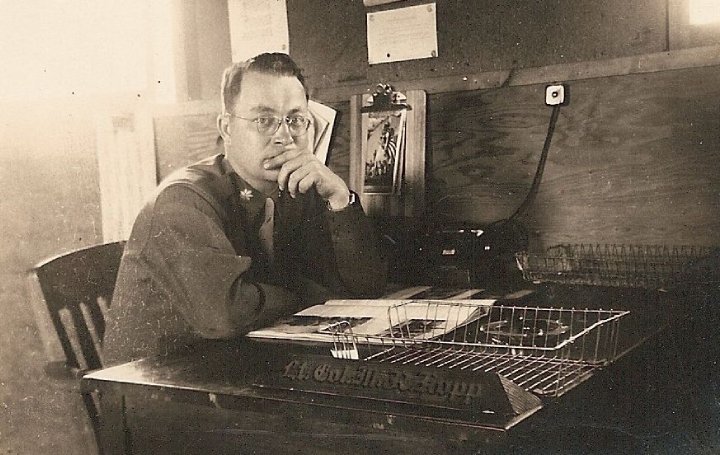 Lt. Col. Marlin R. Kopp was photographed at his desk at Guadalcanal. He was one of the 400,000-plus men who died while serving in World War II. 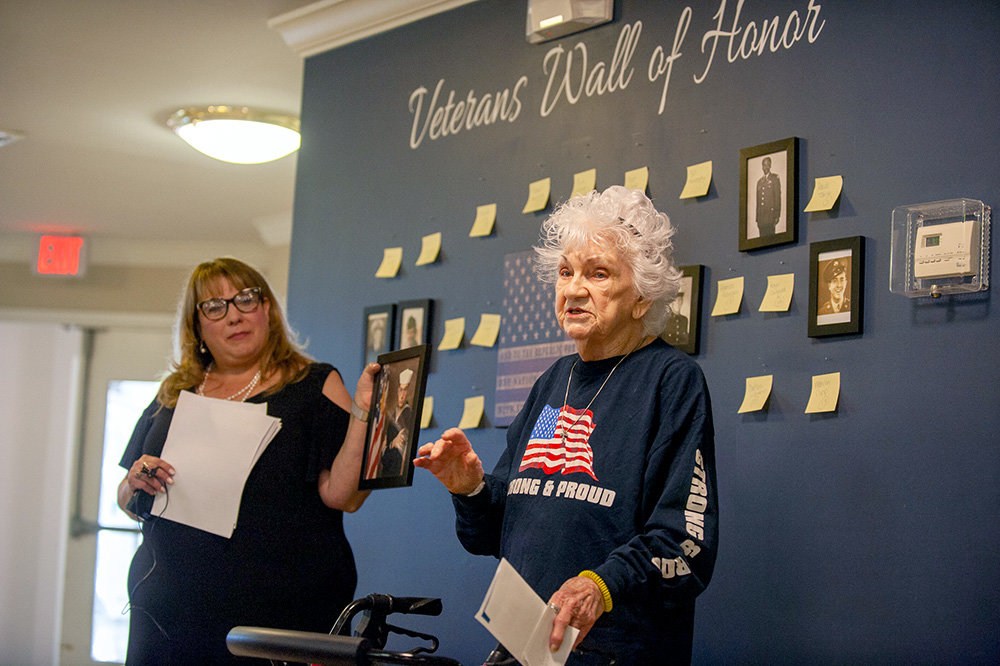 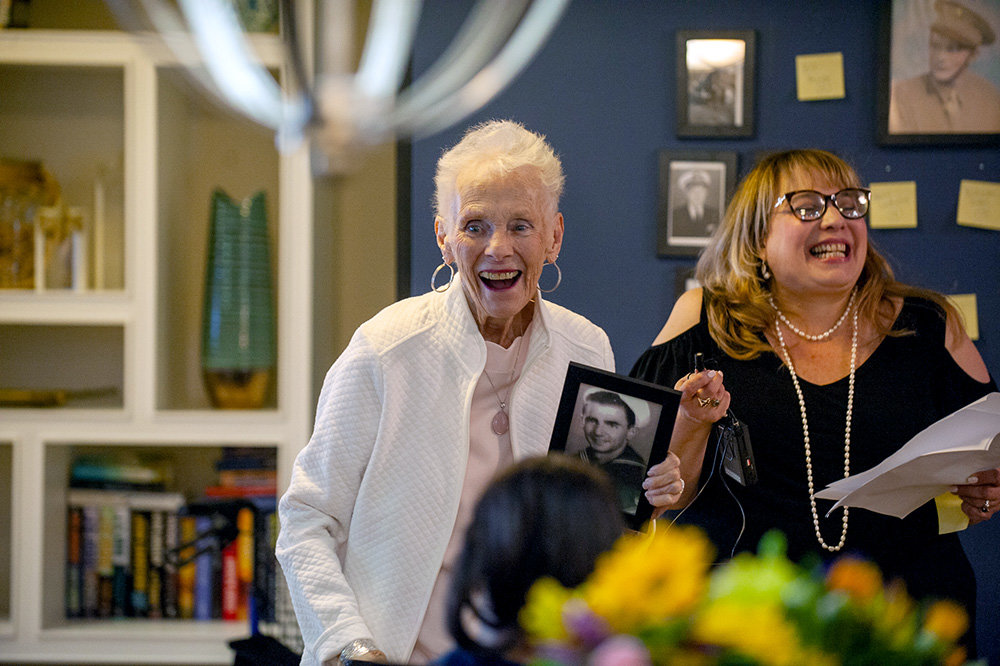 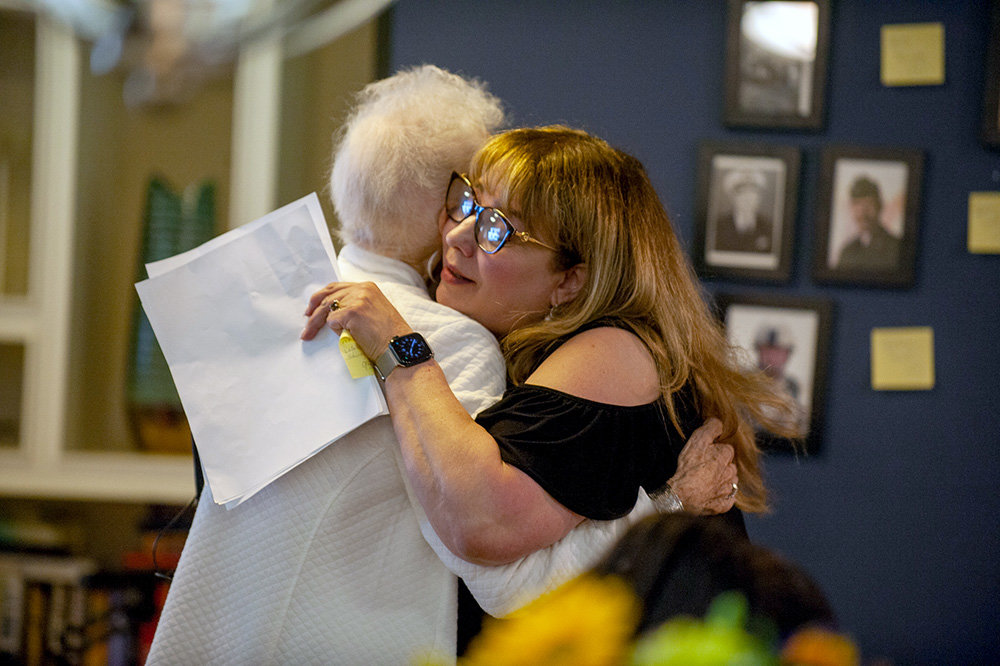 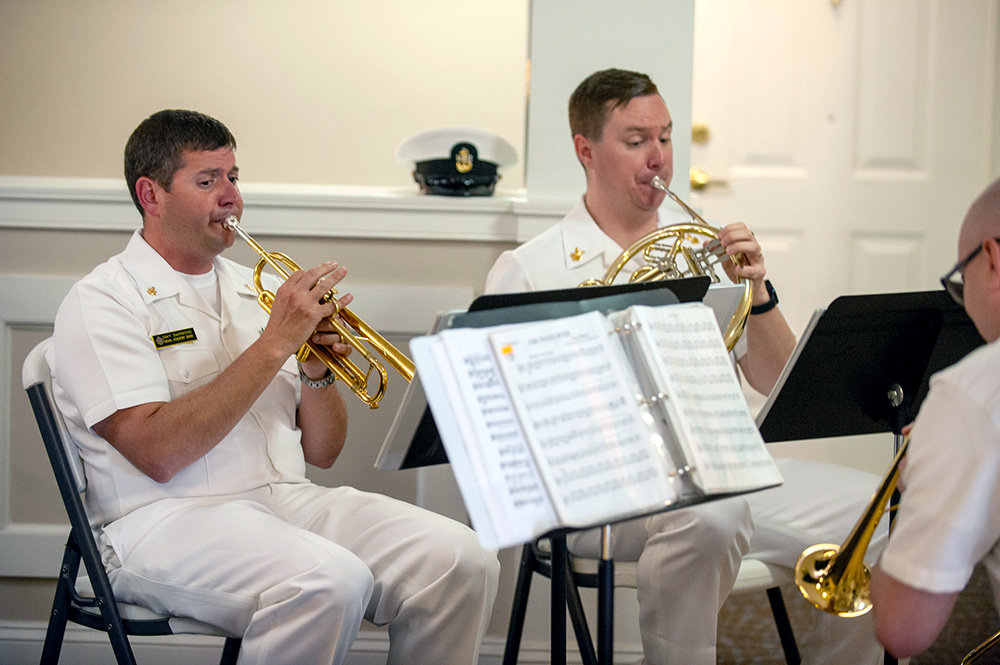 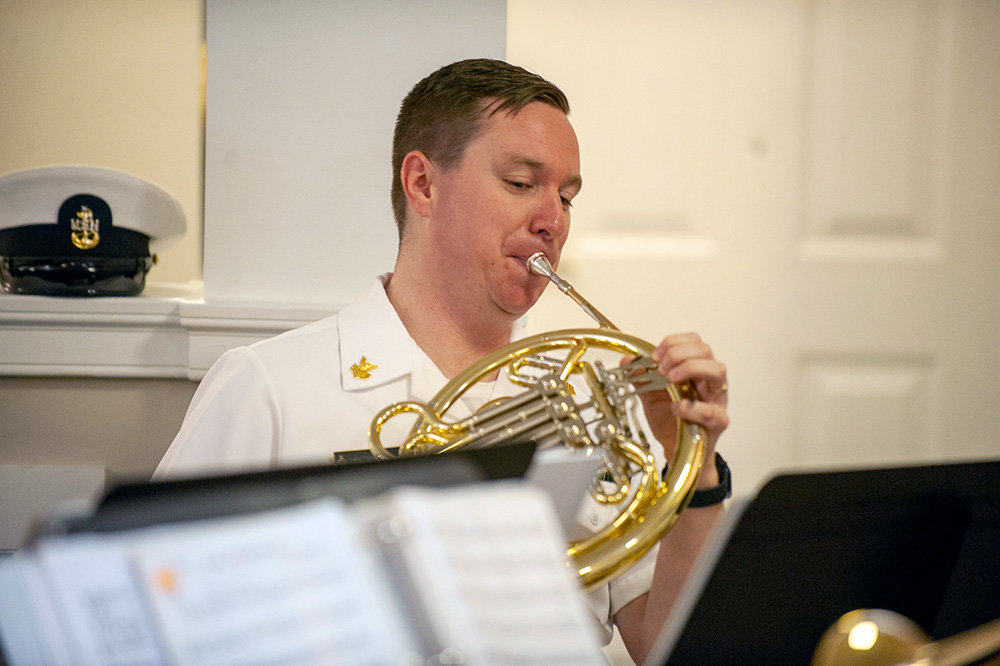 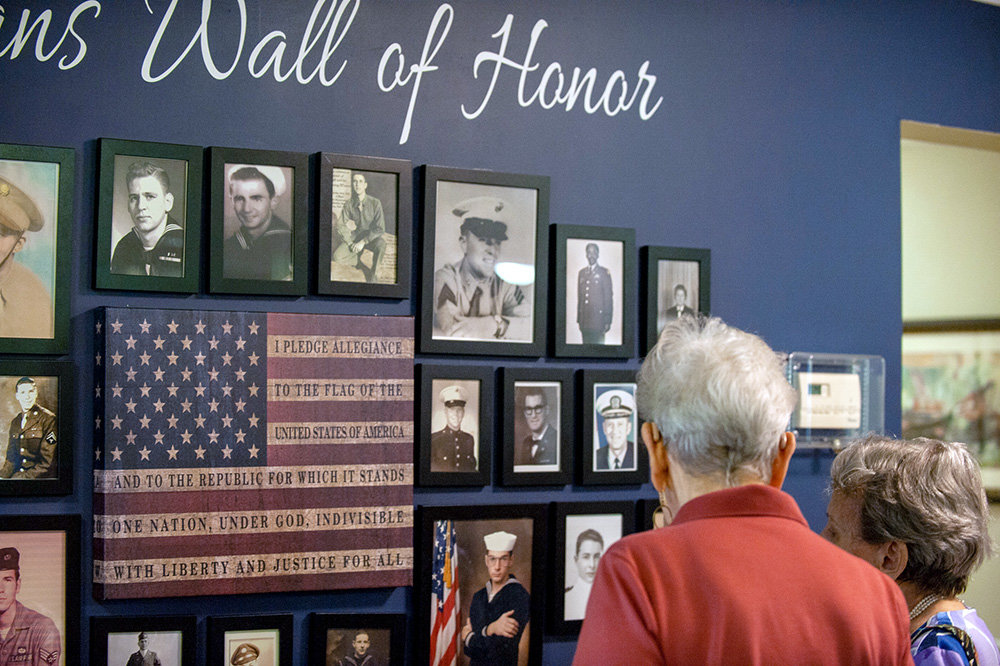 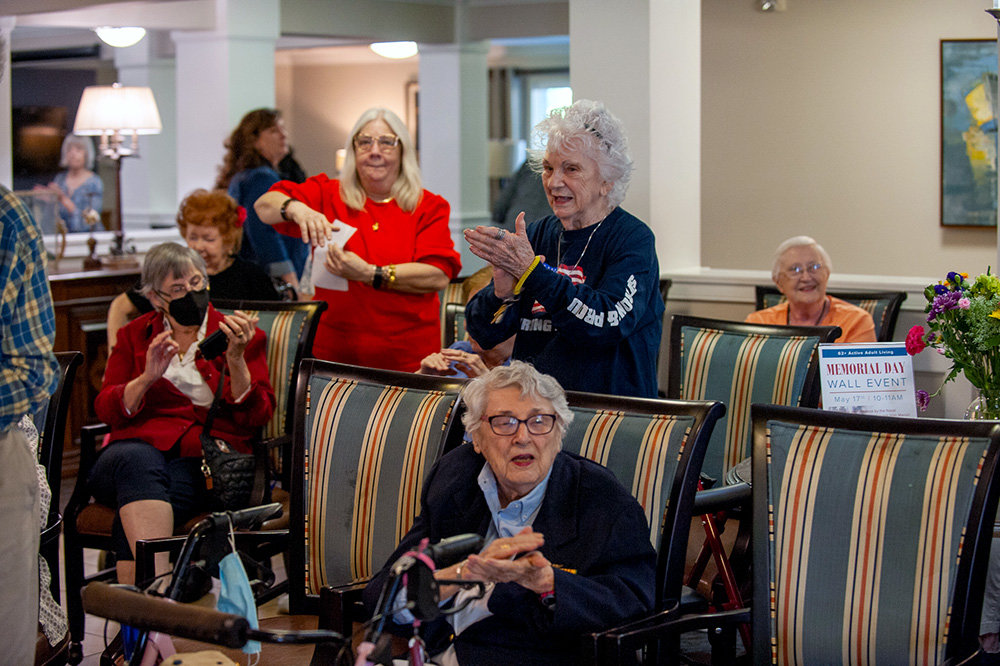 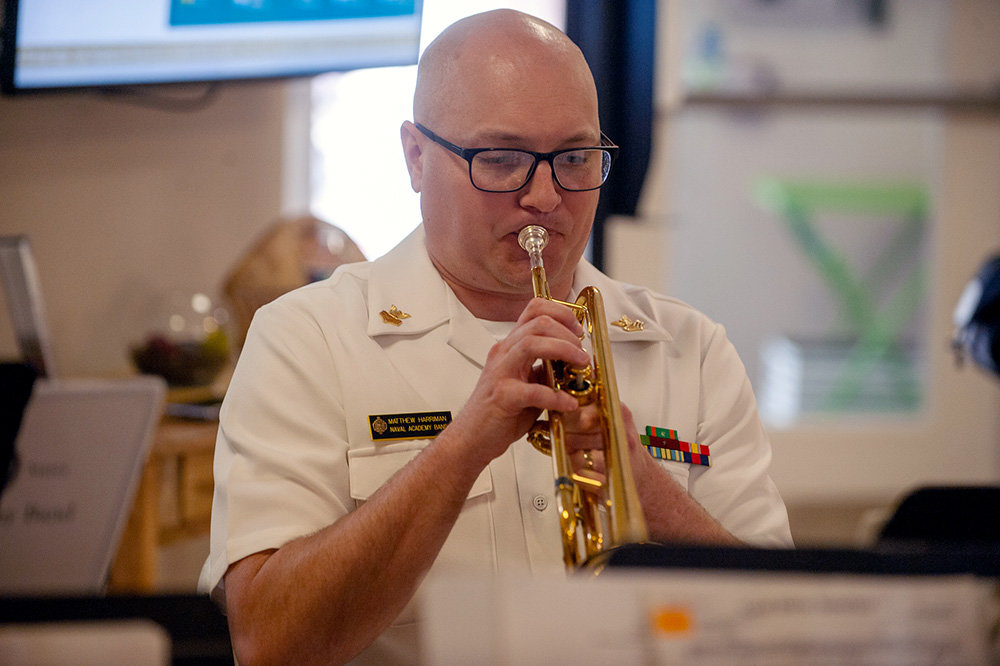 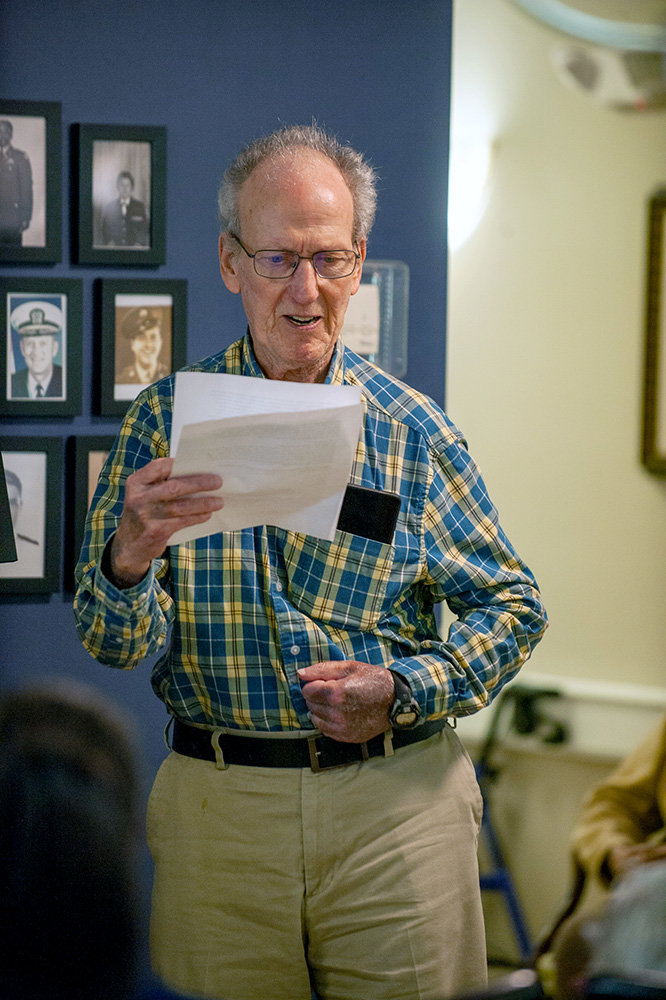 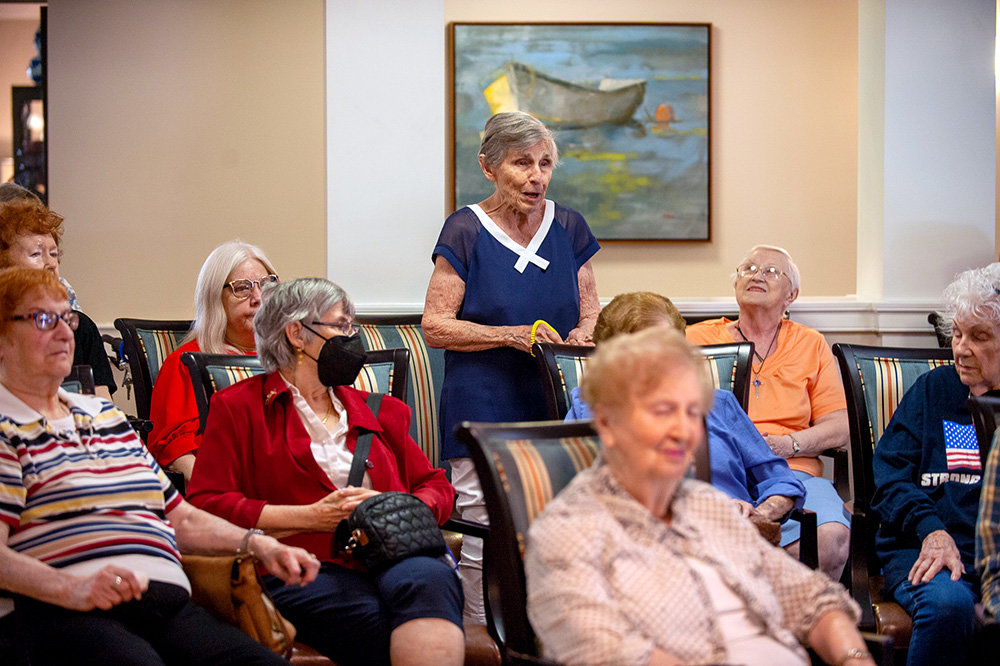 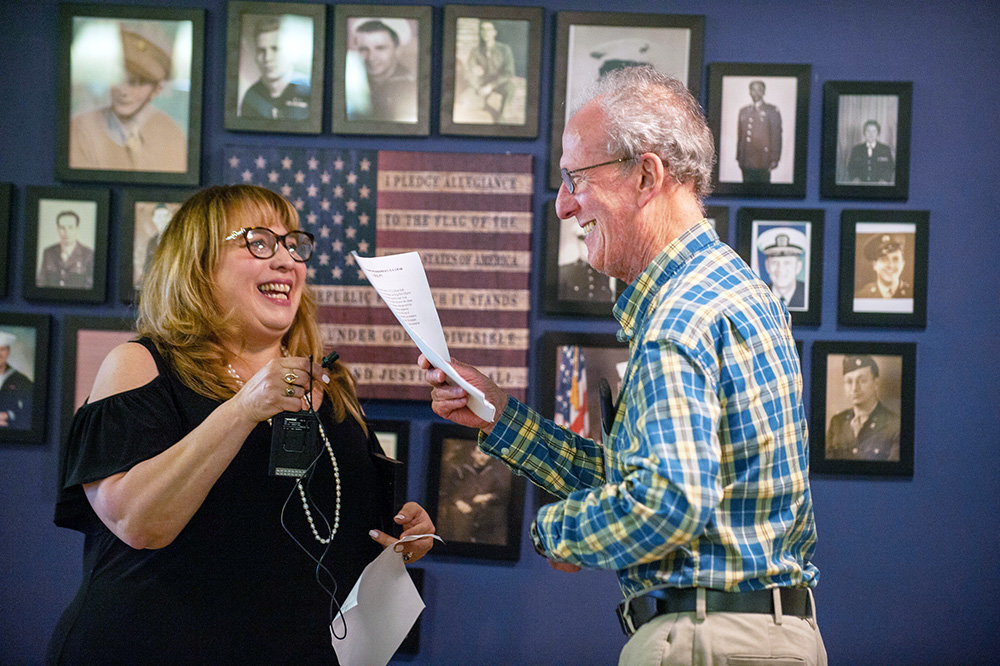 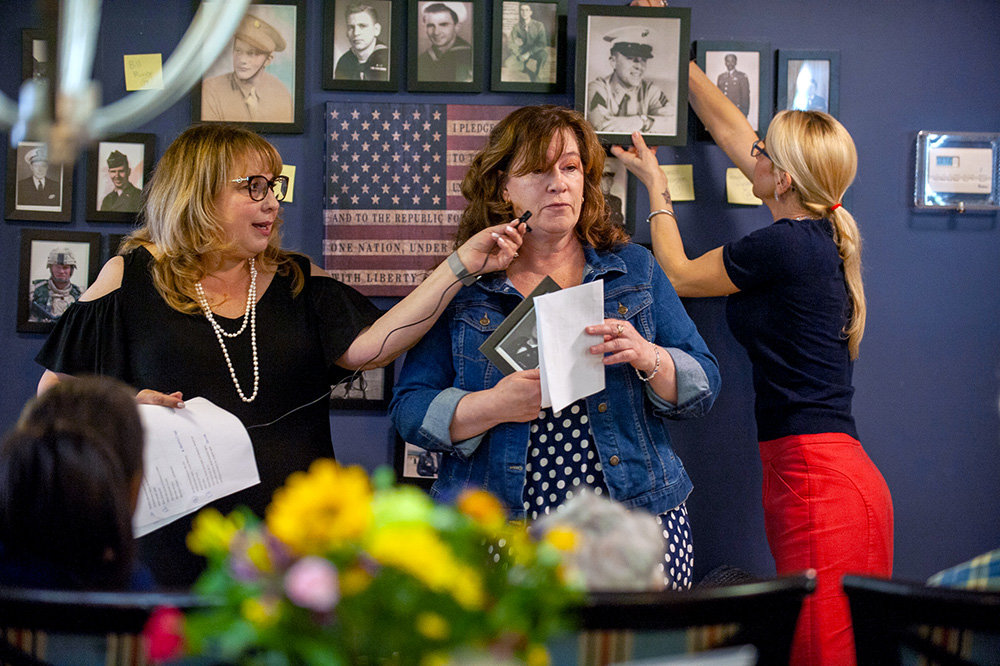 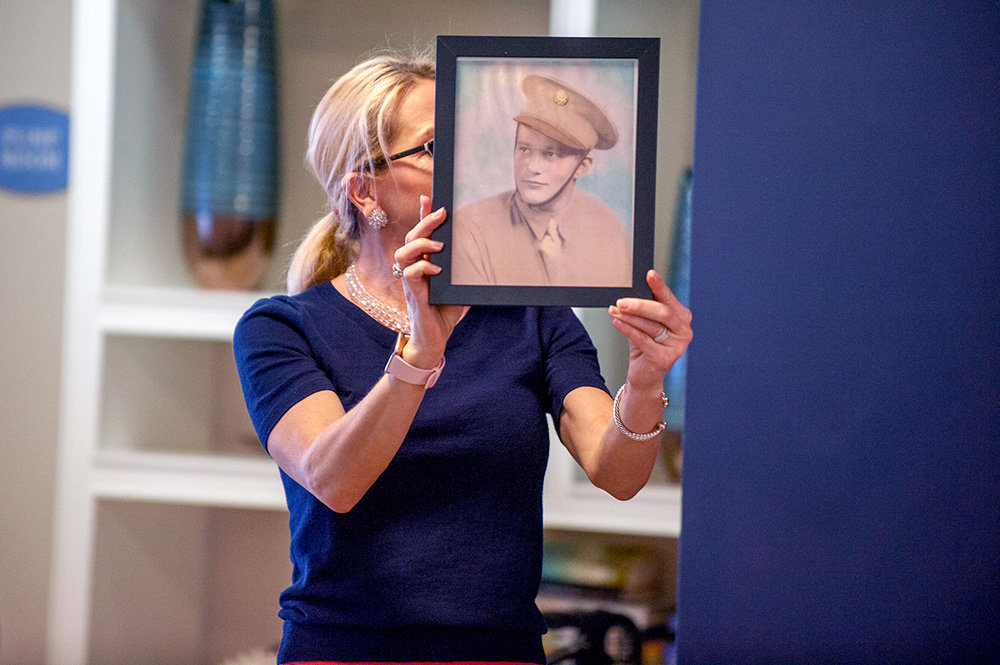 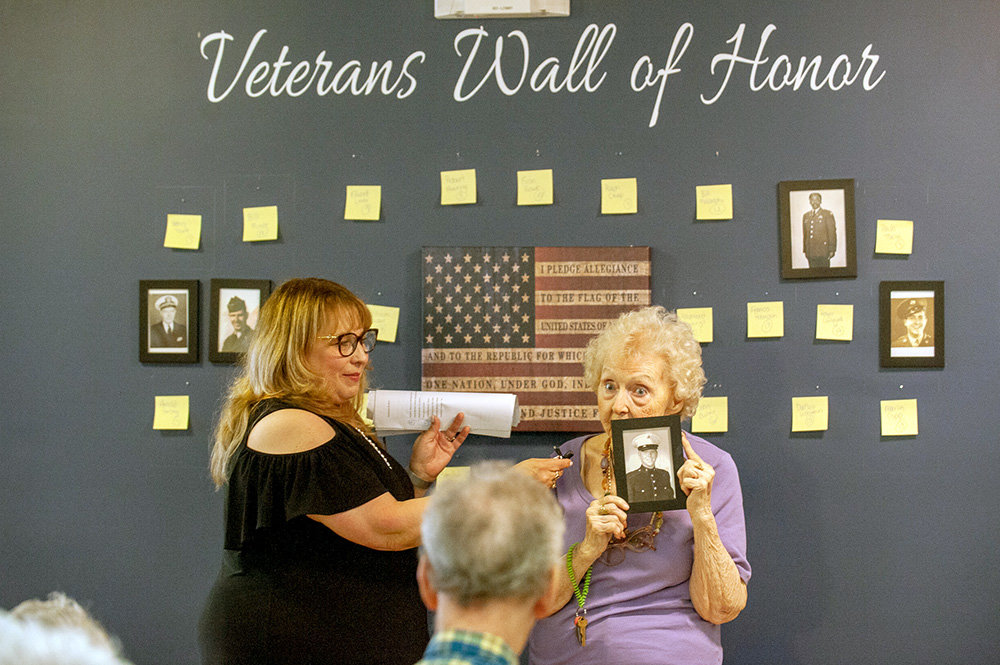 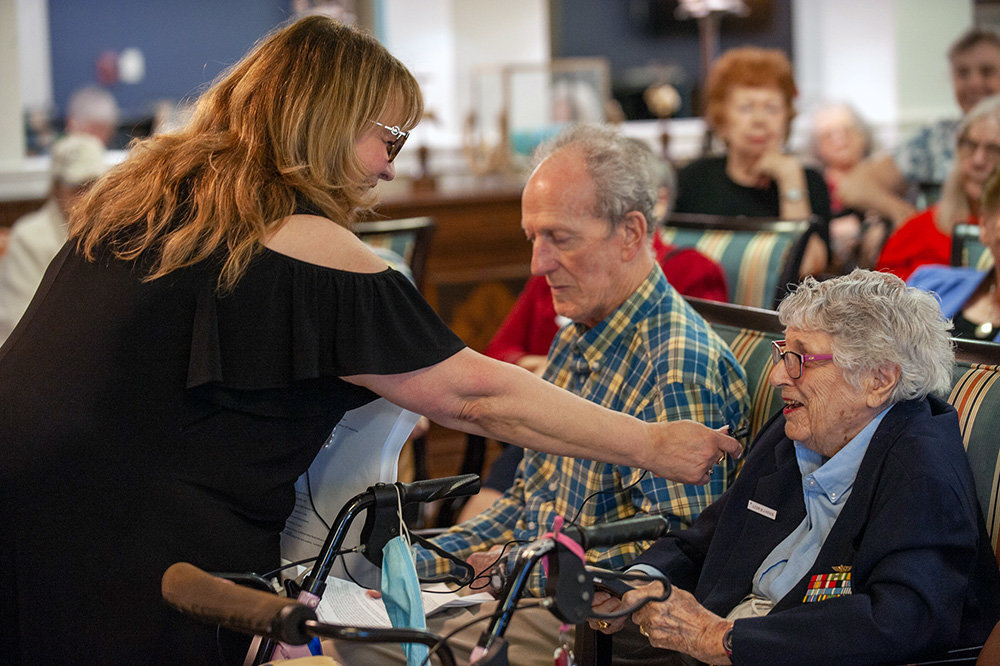 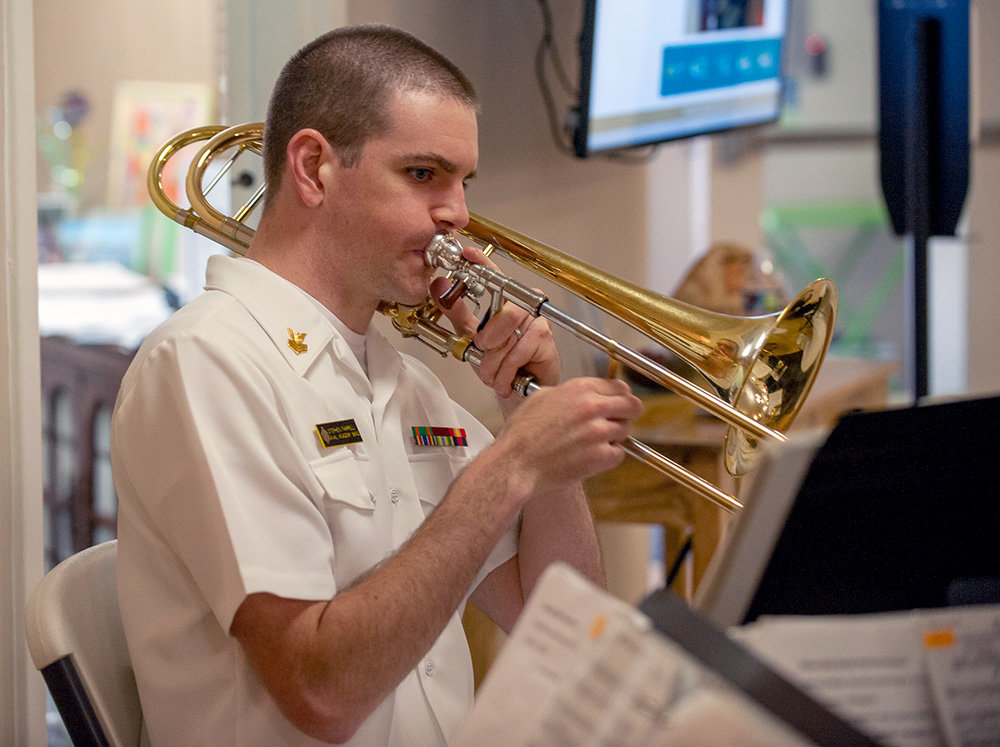 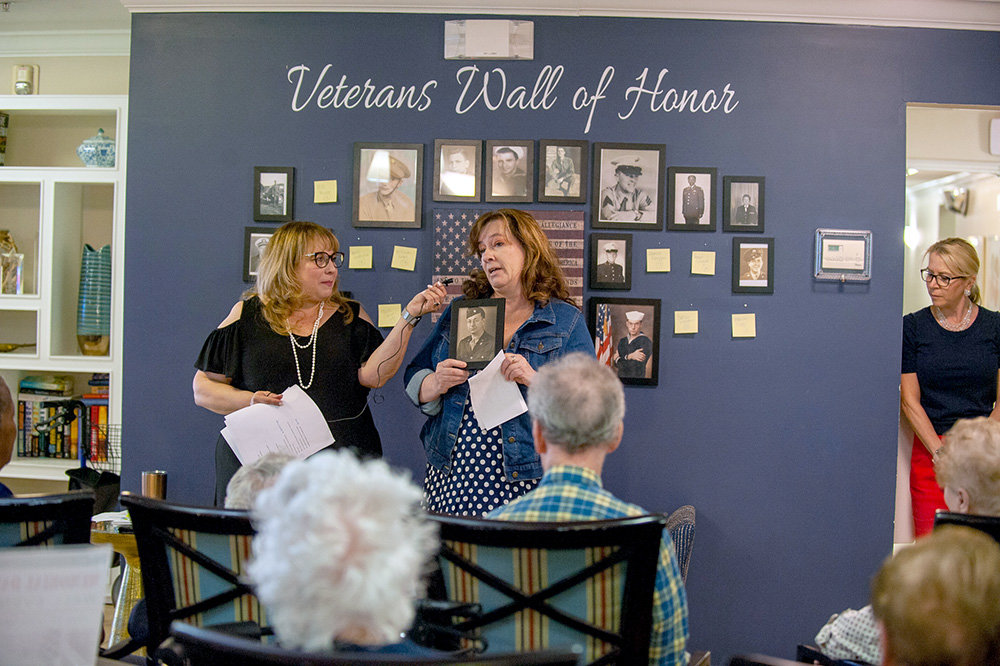 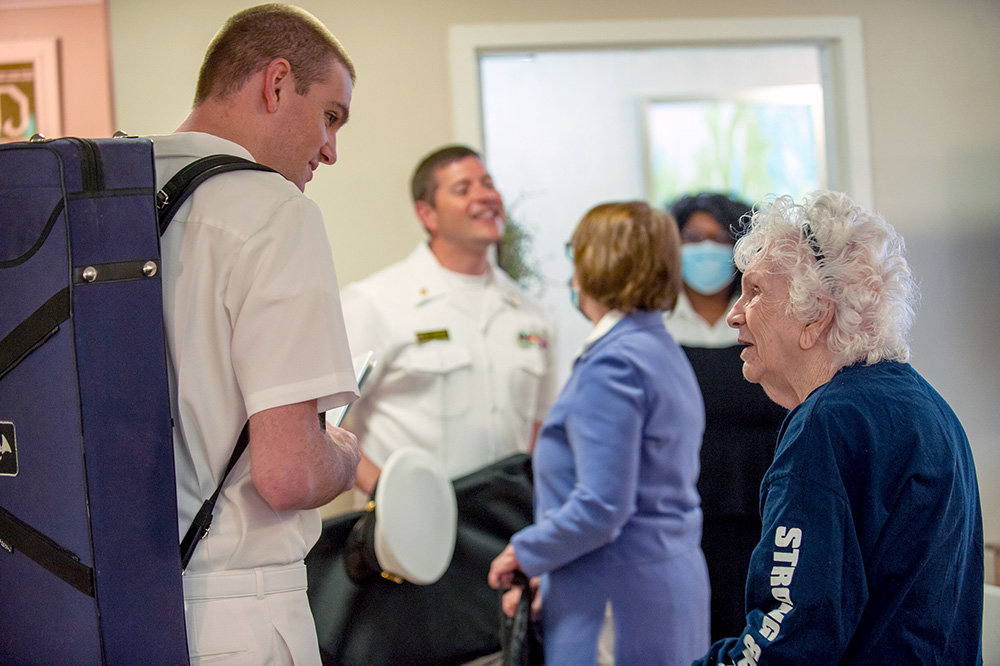 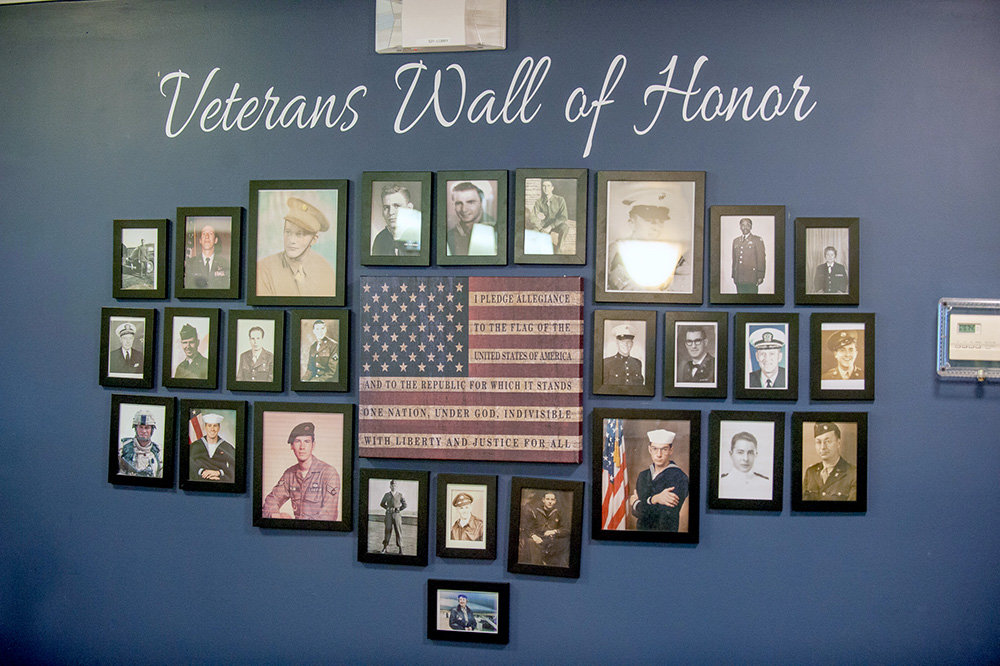 On May 24, Gardens of Annapolis filled its new honor wall with photographs of residents and their family members who have served in the armed forces. The event featured spoken remarks from community members and military representatives, a performance by the United States Naval Academy Band, and it was a stirring tribute to the brave men and women whose military service protected their nation.

Denise Robinson, who honors soldiers through the Eastport/Annapolis Legacy of Honor, spoke about her grandfather, Lt. Col. Marlin R. Kopp. Denise’s mother, Dolores Robinson, is a Gardens of Annapolis resident.

Kopp was called to active duty on February 1, 1941, when Denise’s mom was two weeks old.

"He served in the Pacific - Guadalcanal,” Denise said. “He commanded the 525th Quartermaster Mobile Battalion - he had to make sure all the supplies made it to the battlefield. The success of the invasions in the Pacific relied on the Quartermasters getting munitions and supplies to the front. If he failed, the war would be lost.

“My grandfather was one of the 400,000-plus men who died while serving in World War II. My mom is a Gold Star daughter. A man who should have been a very integral part of my life, I never knew. I have said his names a thousand times but have never heard his voice say mine.”

Another veteran recognized during the event was TSgt Harry Tolson, who served in the 115th Infantry Regiment – 29th Infantry Division. He landed on Omaha Beach on June 6, 1944, at 10:45am as part of the second wave on D-Day.

The group photo above was on July 20, 1944, after 44 days of non-stop fighting. TSgt Tolson is in the first row on the far right. Fifteen days later, on August 4, 1944, TSgt Tolson was killed in action at Saint-Manvieu. France awarded him the French Croix de Guerre with a Silver Star for his valor.

TSgt Tolson was brought home in 1948 and laid to rest at the Annapolis National Cemetery. “This weekend as part of the Legacy of Honor project, we will be placing flowers on his grave and the 46 other men who died while serving in World War I and World War II that were brought home to Annapolis to be buried,” Robinson said.

Letter To The Editor: Havenwood Park