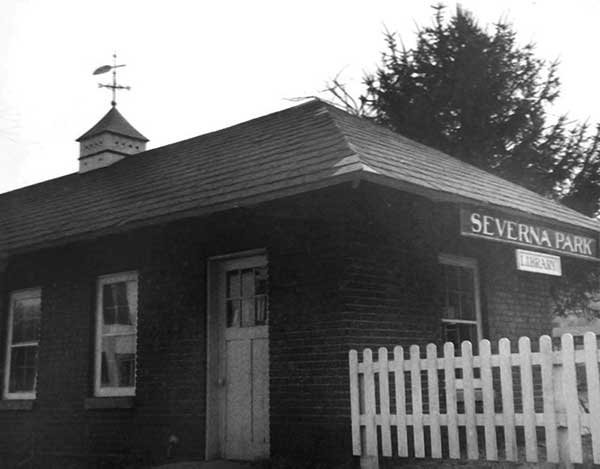 The original Severna Park Library was opened in 1955 in a repurposed Baltimore and Annapolis Railroad Station.
Photos Provided 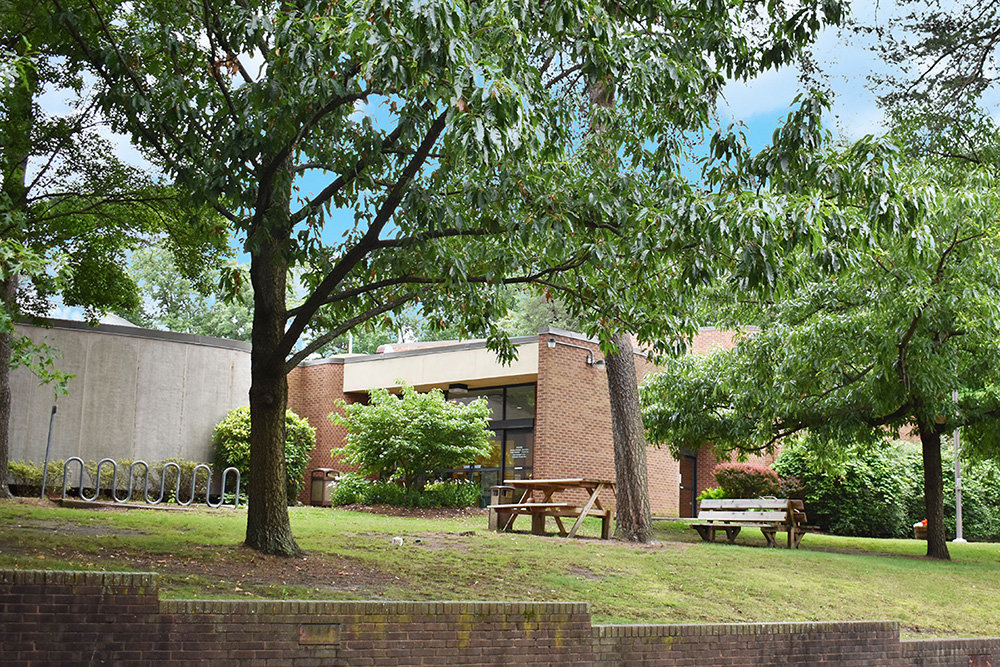 The current library is considered one of the most used branches in the county.
Photos Provided 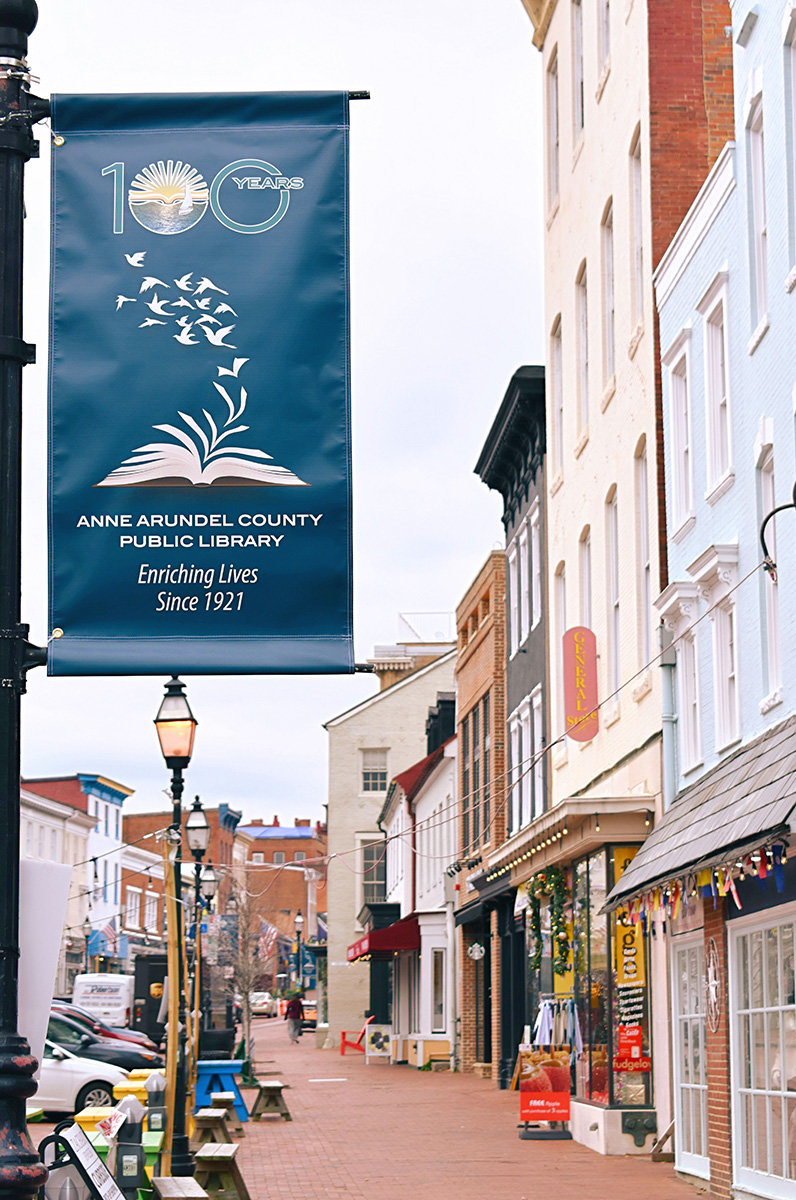 The Anne Arundel County Library will have special banners up in downtown Annapolis to celebrate the anniversary.
Photos Provided
Previous Next
Posted Tuesday, January 19, 2021 2:25 pm
By Haley Weisgerber

On January 8, 1921 the Anne Arundel County Public Library (AACPL) opened its doors for the first time at the Municipal Building in downtown Annapolis. The library was open two days a week and library cards cost 10 cents. On January 8, 2021 the library celebrated its 100th anniversary via Facebook Live. From lending books and providing internet services, to providing a meeting place, the AACPL has been an important part of the community from its beginnings.

The library was started by a group of religious clergy, local educators, private citizens and more who saw a need for a lending library. The library opened with 2,000 books on its shelves and volunteer librarians. The first full-time staff member, Eliza Suydam, was hired later that year.

“She was, from what I read, your classic librarian,” said Christine Feldmann, AACPL director of marketing and communications. “She was, you know, what you think of when you think of librarians from long ago. She was a very dedicated staff person.”

In 1923, AACPL opened another location in Glen Burnie, and the system has been growing ever since.

The Severna Park branch originally opened in 1955 in the former Baltimore and Annapolis Railroad Station. In 1972, the Severna Park Library opened in its current location, but the move was not without controversy. According to “The Annapolis and Anne Arundel County Library: A History,” a book published by a former library trustee Barrett L. McKnown, the original 1969 proposal for the branch outlined a joint school-public library, which the community opposed. Eventually, the plans for the joint structure were scrapped in fear of the library being unsatisfactory for either the public or the school. It opened with 40,000 books and cost $691,980 to construct.

“I can tell you that it's a very well-used branch,” said Feldmann. “It is one of our busiest locations, certainly. And it is a very community focused branch.”

“The early branches were sort of in spaces that we could just find and retrofit, and now we build beautiful modern-day libraries like the Michael E. Bush Annapolis library, which opened in July,” said Feldmann. “So it started off as a collection of books, and it's now become much more of a community hub, a place where people can learn and grow and connect with others in their community.”

“The library is the great equalizer,” Feldmann said, “no matter how much money you make, no matter what your address is, no matter who you are and what age you are. It's a place where everyone can come and find something that speaks to them, that they can come and learn in a safe environment and feel welcome. Our staff considers their customers family.”

Although library staff cannot throw the party they originally planned, a variety of virtual events are in the works. Through the beginning of March, the library will share the community’s library stories. This series was kicked off with County Executive Steuart Pittman sharing his own story on the AACPL Facebook page.

“I would say that's one of the things that I'm most excited about is we're able to show people that libraries are still relevant, that libraries still matter and make a difference,” said Feldmann. “We're still here and we're still changing people's lives for the better.”

Eventually, Feldmann said library staff would like to throw an in-person celebration, but for now, the community can share a library story or learn more about the virtual 100th year celebrations by visiting www.aacpl.net/100years.

Through The Eyes Of Others: Producer Discusses Documentary About Dreams, Success And Friendship